Pros: Size and athleticism jump off the screen. Newman’s cannon of an arm and above average deep ball touch make him a fun watch and just about every ball thrown is catchable. Newman’s a tough runner in the open field and can use his legs to give himself extra time to throw. He also showed toughness within the pocket and was more than comfortable in late game situations.

Cons: Newman’s 13 turnovers in only 12 games is definitely a cause for concern at the next level. He stays too long within the pocket, which allows pressure leading to unnecessary sacks and erratic mechanics when, considering Newman’s athleticism, this should not be an issue. Newman’s pedestrian offensive system was an issue at Wake Forest, but it should be fun to see what former NFL offensive coordinator Todd Monk does with him at Georgia.

Pros: Newman’s most enticing intangibles are his poise and toughness. He has an unorthodox, yet intriguing drop-back where he is slow and methodical when scanning the field before he fires a pass (think Cam Newton). Inside the pocket he’s able to withstand pressure and go through his progressions instead of staring down his target.

He is a difficult man to bring down as a runner, as you would expect from his 6’4, 230lb frame. His ability late in games to feel where the pressure is coming from inside pocket and move around is a huge asset in the NFL. An interesting yet useless tidbit for you guys, Newman is dead accurate when he throws a deep ball around 30-40 yards downfield.

Cons: Newman suffers from a term I’d like to call, strong arm syndrome, and this is when a QB with a cannon is unable to be accurate on easy, intermediate throws. He has shown the ability to hit NFL caliber throws on all 3 levels of the field, but is very inconsistent with these throws.

Overview: Overall, while he has shown the ability to make all sorts of NFL caliber throws, he is still an underdeveloped and inconsistent passer. His toughness, poise in the pocket, and ability to go through his progressions makes him an enticing prospect along with his size and arm talent, but he still needs some refining as an accurate passer. We will see how he progresses as a passer in his first year with Georgia after he transferred from Wake Forest. 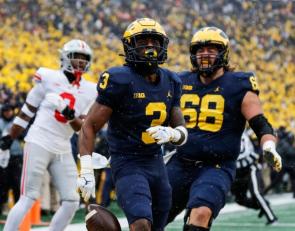