How NBA Teams Will be Affected by the Restart

How NBA Teams Will be Affected by the Restart

I love the proposal that Adam Silver and the owners have made to start the NBA season. The proposal makes a lot of sense in terms of both logistics and entertainment value. For those unaware, the NBA is going to resume their season on July 31st with 22 teams in Orlando, Florida.

Yes you heard that right, not all of the teams are coming back. Only teams with a legitimate chance at making the playoffs are going to be allowed to resume the season. In addition, the teams will play a total of 8 games that will fulfill the TV contract for the NBA season.

This makes sense as the NBA still needs to earn lucrative TV money. The league will end the regular season with 8 games, and the record of the teams after including these 8 games will be the standings used in the playoffs.  However, one caveat that is made is that if there is a close gap between the 8th and 9th seed (difference of 4 games or less) then those two teams will play a mini series to determine who ends up as the 8th seed.

Teams that Missed the Cut

There were 8 teams that did not make the cut to return to the NBA regular season. For them, their season is already finished. So, how can I say that these teams are “winners”. Well first of all, on a practical note these teams are not being forced to play meaningless games. All of these teams had basically zero shot at making the postseason, so there is no reason for these teams to play.

Also consider the fact that there is a legitimate health risk for players. These teams should count themselves lucky for not having to worry about unnecessarily endangering their stars. Lastly this gives teams a chance to focus on both building in the lottery and preparing for next season.

For many of these teams, this is a chance to focus all their attention on the rebuild instead of having time and energy wasted on players playing meaningless games. And for those that state that this is somehow unfair consider this idea.

The fact is that all these teams had more than 80% of the regular season to be a part of the 22 teams allowed to return onto the court. They simply are not good enough to compete with the best of the NBA and therefore will be asked to take an early vacation. While its not ideal, the circumstances surrounding this situation are unprecedented, and require unique solutions to these problems.

In the end, the more teams there are, the more likely a player will contract corona, which will postpone the season. The NBA simply trimmed the fat and these teams should be happy that their players are safe and are not being risked to play in games that are meaningless.

Teams that are going to be hit the hardest by these changes are teams that were looking to get an edge through the use of home-court advantage. The fact is that this advantage is essentially gone, as there is not going to be fans in any game supporting their team.

The only legitimate advantage is that in the first round, teams like the Lakers, and the Bucks will play “easier competition”. But after that first round, all the work accumulated in the regular season is essentially mute as the level of competition increases exponentially.

This is especially tough in the Western Conference as there are many teams that were looking to use home-court advantage to push past their competition in the first and second round.

However, one view of this situation is it essentially ruins the importance of seeding for most teams, which obviously has a negative impact on all of the teams that are atop of their respective conferences.

Teams that have had a lot of injuries

One benefit of this hiatus is that it has allowed teams to recover players that were originally considered unable to play. A team that comes to mind is the Portland Trailblazers.

The Trailblazers will have both Jusuf Nurkic and Zach Collins returning from injury. With the return of both of these players, not only will it solidify Portland’s frontcourt, but it will also take some of the offensive load off of both CJ Mccolum and Damien Lilliard.

Remember, prior to getting injured, Nurkic averaged around 15 points and 10 rebounds with over 50% field-goal percentage. And Zach Collins also provided great minutes off the bench adding much needed support defensively for the trailblazers. With these additions, Portland can compete with any team in any game.

Undoubtedly, the teams that are the biggest losers in all of this are the 8th seeds Orlando and Memphis. First of all, while both of these teams are going to have to play very tough competition for the remainder of the season, this is a particularly tough break for the Orlando Magic who had their easiest stretch of basketball in the latter end of the season.

Another thing that 8th seeds will not like is that even if they maintain their standing as the 8th seed, they could still potentially not make the playoffs. Even if the team in the 9th seed is 2 games behind, they will have to fight for their right to be in the playoffs.

Despite these issues, both Memphis and Orlando will just have to focus on both winning games and maintaining their lead within the standings to ensure their spot in the playoffs. While it might be a bit unfair, again it is an unprecedented circumstance and requires an unprecedented solution.

All of the teams fighting for the 8th spot

Damian Lilliard got his wish! All the teams that are currently just outside of the playoffs have a legitimate chance at attaining the 8th seed. All they need is a relatively close record behind the 8th seed, and then they will get an opportunity to play for a chance to be in the playoffs.

I love this simply because it gives all teams a legitimate reason to care about the final 8 games. And it is the fairest way to allow teams that would have been cut short from reaching the 8th seed a chance to truly prove themselves.

Let’s consider the route for any team attempting to reach the playoffs. First, the team has to go against the best teams in the league, which means that every win is earned at this point. There are no longer any “easy” games.

Once that happens, the team will likely at best be in the 9th seed (unless the 8 seed loses out). And even in a situation where they can play against the 8th seed to earn the final spot, they have to win two straight games. Not only will this produce highly entertaining basketball, but teams that earn the 8th seed will have truly proven themselves worthy of that seeding.

Overall, I am truly excited to have basketball return. While these changes may not favor every team, I truly believe that this is the best plan that the NBA could have made considering the circumstance. 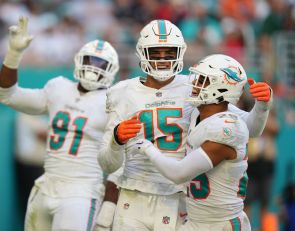