ESPN 30 for 30s that are Must Watches

ESPN 30 for 30s that are Must Watches

​ESPN’s 30 for 30 documentary series features some of the most noteworthy sports moments throughout history and focuses on some of the more overlooked aspects of these events. They dive deeper into memorable sporting events with in-depth interviews, behind the scenes footage, and explaining the overall impact that these stories have had on sports and society.

This series offers alternative perspectives on some of the most significant people and actions to impact the world of sports and lets the public see these in a different light. Here are some of the best 30 for 30’s that you need to watch:

​Have you ever wondered how meaningful sports are to the fans? Catching Hell perfectly encapsulates the true wrath of a dedicated fanbase. When people go to the ballpark, it is usually to have fun and make memories. Imagine the excitement someone might feel going to watch their favorite team play at their home stadium, to then coming to the realization that that day would end up being the last time ever that they could show their face in public.

This documentary focuses on one of the most controversial plays in baseball history and the aftermath of the entire situation. Life-long Chicago Cubs fan Steve Bartman had his life changed forever on October 14th, 2003 after the infamous fan interference play with Cubs outfielder Moises Alou that potentially cost the team a chance at reaching the World Series. For franchises like the Cubs, a chance at a championship is much more meaningful compared to one that has been enriched with them like the New York Yankees.

At the time, the Cubs had not won a National League Pennant since 1945, and they had not won a World Series since 1908. The team was supposedly cursed with “The Curse of the Billy Goat” when a man named Billy Sianis cursed the team because he was turned away from a Cubs World Series game in 1945 when he tried to bring his goat into the stadium. Ever since then, the team has always run into some crazy misfortune that has prevented them from even reaching a World Series.

For these reasons, when Bartman interfered with this play that held so much magnitude, fans became furious. This documentary displays how brutal a city can truly be along with the extreme measures Bartman had to take as a result of the incident. Catching Hell is a must watch for anyone interested in not only the history and lore of the Chicago Cubs, but also how momentous one single play can have on a city.

​One of the greatest aspects of sports is when the seemingly impossible becomes possible. The standard NBA shot clock is 24 seconds, while the maximum amount of points able to be scored on one possession is three points. Indiana Pacer guard Reggie Miller was able to defy the odds in Game 1 of the 1995 Eastern Conference semifinals when he scored an astonishing 8 points in only 8.9 seconds against the New York Knicks.

The documentary Winning Time captures the entire Pacers/Knicks rivalry leading up to this historic moment and all the different variables that were involved in this classic series. One of the most amazing parts about this whole story is the interactions between Miller and Knicks superfan Spike Lee.

This was by far, the most interaction that a fan and player had ever had in an NBA game up to this point. Both of them were jawing at one another this whole game with many blaming the celebrity superfan for the Knicks Game 1 loss because he fueled Miller and the Pacers.

This short documentary goes inside the minds of all the players, coaches, and spectators involved in this infamous series to offer their perspectives. If you want to understand the importance Game 1 has in setting the tone for the rest of the series, definitely check out Winning Time.

​Everyone loves an underdog story and the Orlando Magic in the mid-1990’s were the surprise team that caught everyone off guard. The franchise was an expansion team as they had only recently been added to the NBA family in 1989. There are very few expansion franchises in all of sports that are able to become competitive so quickly; however, The Magic Moment gives viewers an inside look on how the Magic front office was able to build a successful team with the limited resources at their disposal.

This feature was highlighted by Hall of Famer Shaquille O’Neal and All-Star guard Penny Hardaway. It discusses the incredible way that this team was formed, from phenomenal drafting to unimaginable luck. This documentary shows off the full rise and fall of this once potent team. Many people know that O’Neal went on to win four championships with the Los Angeles Lakers and Miami Heat, however it is Orlando where it all started.

The Shaq and Penny duo was charismatic, and this young Magic team that just burst on to the scene made their imprint on basketball history during their brief reign atop the East. When most people categorize basketball in the 90’s, they have Jordan’s Chicago Bulls at the forefront, which is much deserved. However, those years the Bulls were not dominating the league, anyone had a chance, and the Magic gave many teams a run for their money. If you are looking for a real good, yet underrated story, take a look at This Magic Moment.

​Yankees/Red Sox is one of the oldest rivalries in sports. For over a century, these two teams have had some iconic battles, but the 2004 ALCS was something different. This rivalry has so much meaning from a historical perspective. It is not just Yankees vs Red Sox, but New York vs Boston, two cities who hate each other on almost every sports level.

Ever since the Red Sox traded Babe Ruth to the Yankees in 1919, the Red Sox were unable to win a World Series and many fans felt the “Curse of the Bambino” contributed to this fact. This series took place just one season after the Red Sox had their hearts broken in Game 7 of the 2003 ALCS to the Yankees. Despite wanting revenge, the Red Sox quickly fell behind in the series going down 3-0.

No team in major league history has ever comeback from a three games to zero deficit, but what this documentary emphasizes is the heart of the Red Sox. Whether it was Dave Roberts’s stolen base, David Ortiz’s walk offs, or Curt Schilling’s bloody sock, this feature length documentary accentuates the unbelievable series that helped the Red Sox win the AL pennant.

What makes this 30 for 30 so relatable is that we get the perspective and reaction from genuine Red Sox fans who had finally been rewarded for all the suffering they had endured in the past. If you are interested in a “feel good” story that is all about triumph, watch Four Days in October.

​One of the most hated programs in all of college athletics is Duke Basketball. A major contributor to that reputation is Christian Laettner, who played for Duke from 1988-1992 and dominated. Though it was not just Laettner’s pure skill that people despised, but a blend of his personality, greatness, and privilege. He was the face of college basketball during his time at Duke, yet opposing schools wanted to tear him apart.

Laettner had one of the most disrespectful moments in basketball history when he stepped on the chest of Kentucky’s Aminu Timberlake and was not ejected because of his high status. Later that game, he hit one of the most memorable shots in collegiate history to lift Duke over Kentucky and ultimately cemented himself as a villain to the rest of college basketball.

Though what distinguished Laettner was that he embraced the hate during his playing days and that led to his highest of highs. He was so good in college that he managed to make the Dream Team, arguably the greatest roster ever assembled. This documentary brilliantly shows off all the benefits and drawbacks of Christian Laettner’s actions.

Laettner played during a time where college players would play all four years instead of making the early jump to the NBA. He accomplished feats that may never be broken because no athletes stay for their full collegiate tenure anymore. If you want to see how college athletics used to operate and understand why Duke is such a hated basketball program, watch I Hate Christian Laettner. 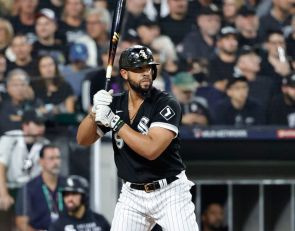 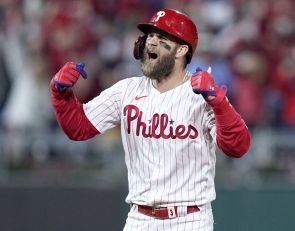