Twelve days after being demoted to club sport status, Brown University’s varsity cross country and track and field programs are back. In a letter to the Brown community Tuesday, school president Christina Paxson announced the reinstatement of both programs to the varsity level.

“We have heard clearly from our community over the past couple of weeks that the University’s decision to transition men’s varsity track, field and cross country to club status will have real and lasting implications for efforts to build and sustain diverse and inclusive communities for our students at Brown, and particularly our community of black students and alumni” Paxson wrote.

The original decision to make men’s track and cross country club sports was made by Paxson as part of the Excellence in Brown Athletics Initiative, which was a push by the school to make overall strides in the competitiveness of their athletics. The school felt that some programs had to be eliminated in order for others to grow.

This, however, was not the sole reason for the short lived elimination of track and cross country. A Title IX settlement from Brown’s past was a big reason for the decision. Paxson discussed its implications on men’s athletics in her original letter on June 6 explaining the program cuts, saying:

“Under the 1998 legal settlement, which applies only to Brown and not to other universities, the fraction of athletics opportunities for women must remain within a tight band around the fraction of the undergraduate population that is women. As the fraction of women in the undergraduate student body has increased over time (currently at about 53%), it has become more challenging for Brown to meet its obligations under the settlement agreement and Title IX given the number of teams we have. In the past, the University has achieved the required gender balance by maintaining squad sizes of men’s teams that, on average, are below Ivy League squad sizes.”

The loss of their varsity status was a sudden and shocking development for the athletes, who for the most part were unaware that this was a possibility until it happened. Samantha Valentine is an incoming senior for Brown track and cross country; Although the women’s team was not demoted, she experienced the ordeal in real time alongside the men’s team.

“This news did entirely come out of the blue” she said. “The men were told to hop on a zoom call with about 30 minutes notice, and on the call they were told they were being cut, no questions asked.”

Despite the sudden nature of this devastating news, the track community at Brown quickly mobilized to bring back it’s program. Alumni and athletes came together to create an intricate and organized effort to convince President Paxson that she had made a mistake.

They created Facebook groups, wrote letters to administration, and even created a short video addressing Paxson, articulating how the cutting of the program was a step backwards in diversity and inclusion.

“We let our voices be heard,” said Abayomi Lowe, an incoming sophomore and sprinter for the Bears. “There were a lot of people working on a lot of things to get our program back, but our main goal was to be heard and bring factual evidence and legitimate reasons as to why the university should reinstate the program.”

This campaign was unlike anything that has been seen in collegiate athletics with an unprecedented level of support, communication, and organization. The school ultimately had no choice but to reverse the decision they had made less than two weeks prior.

Paxson said in her letter announcing reinstatement that there will be modifications made to the teams to comply with Title IX, but for now the athletes are just happy to have their sport back. Furthermore, for some athletes, this emotional rollercoaster that the teams have endured will serve as fuel for the upcoming season.

“I personally believe that the last few weeks have shown us that nothing is guaranteed and has shown us how valuable our sport is to us and to others who are impacted by what we do” said Lowe. “For that reason we have high expectations for the upcoming season. There is still uncertainty as to how next year will look due to the pandemic, but regardless we are going to put our absolute best effort into this sport and show how excellent we are.”

Despite all this, the Excellence in Brown Athletics Initiative has continued, and multiple other sports have lost their varsity designation, but what the track and field/cross country community was able to accomplish in two weeks will have lasting impacts on the University for years to come. 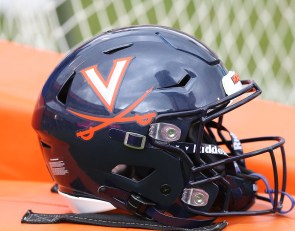 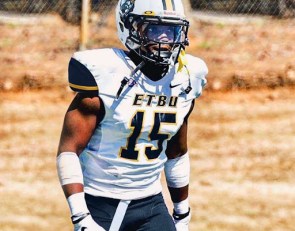 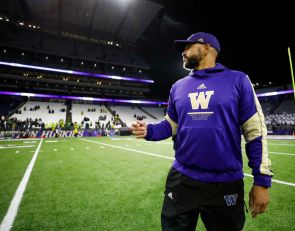