Baseball is Back in Bowling Green: BGSU Reinstates Program after $1.5M Raised

Baseball is Back in Bowling Green: BGSU Reinstates Program after $1.5M Raised

On May 15th, it appeared as if we wouldn’t see Bowling Green State University field a baseball program for the foreseeable future. Current and former players, recruits, and many others were left shocked by the news that day, originally reported by TWSN. But, that wouldn’t be the only shock the team would go through.

“BGSU is grateful for its alumni and friends who have stepped up during this difficult time to ensure their alma mater is positioned to thrive on the other side of the current COVID-19 crisis,” the school said in a statement.

“From the day we got eliminated we had that feeling that it wouldn’t be the end. The news got out really quick and right away there was a ton of alumni that were upset. Obviously money was the biggest factor here so with the group of alumni that we had leading the charge, there was always a chance of us coming back,” pitcher Rigo Ramos said. “Everyday we got closer and closer to coming back and we all knew that, so when they finally closed the deal it was super relieving.”

Infielder Nathan Rose also had high hopes that the program would return.

“I knew a group of baseball alumni were working relentlessly on raising money ever since the program was eliminated,” Rose said on the reinstatement. “I knew that it was going to be a tough task to reinstate the program. It shows how hard the alumni worked to make this happen and how many people want the program to come back.”

Although the team was reinstated in less than a month, the personnel will be different from the last time the team stepped onto the diamond.

It begins at the head coach position for the Falcons. After holding the position for 29 years, Danny Schmitz stepped down on June 3rd, announcing he would step into an advisory role with the program.

Taking over for Schmitz is Kyle Hallock, the pitching coach for Bowling Green for the past two seasons. He was announced as the interim head coach once Schmitz announced he wasn’t returning.

Hallock pitched at Kent State University from 2008-11. He won Mid-American Conference Pitcher of the Year in 2011, later being selected by the Houston Astros in the 10th round. He pitched in professional baseball until 2013. After serving as the pitching coach for Malone University, a Division-II program, he came to Bowling Green in the fall of 2018.

“He’s one of my best friends. He’s the reason I chose BGSU,” Ramos said on Hallock. “He has the experience of winning MAC championships and playing pro ball so he knows what it takes to be successful. He’s just got this super serious attitude about the way things get done, but he’s super easy to talk to and fun to be around…I think a lot of people are super excited to see what changes Hallock is going to make.”

“Coach Hallock is fantastic. He is going to be a great head coach,” Rose said. “He and Coach Shay make a terrific team. I was really excited for him and the team when they told us.”

While there are changes at the head coaching position, there also will be changes with the personnel surrounding the team. Multiple players already announced that they were transferring from the school, including Trent Farquhar (announced commitment to Michigan State) and Jeremy Spezia (announced commitment to Grand Valley State University), both of whom TWSN spoke to last time regarding the elimination of their team.

Another potential issue to look at is the high school recruits that committed to Bowling Green before this all transpired.

Zack Horky, who committed to Bowling Green before the elimination, officially announced his re-commitment to the school Saturday.

“I’m pumped that they got their program back and I’m ready to compete for some MAC Championships,” Horky said.

Another former recruit, Jake Armsey, isn’t locked in on returning to BGSU quite yet. After going through the process of looking for other schools after BGSU eliminated the program, he hasn’t announced his final decision yet.

“As of now, I haven’t really decided what I’m going to be doing yet,” Armsey said. “It was really great news to hear that BGSU has reinstated their baseball program and it’s going to be an option going forward. Probably over the next week I’m going to let other schools know my situation and go from there.”

One player suggested that of the 34 players on the team last year, about 25 are returning; only two graduated.

Bowling Green baseball is back. 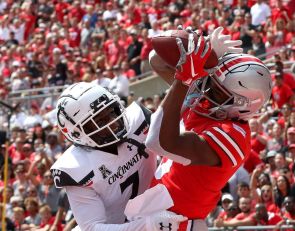 Who is the Best College Football Program in Ohio? 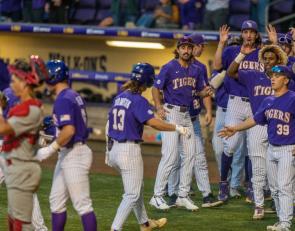 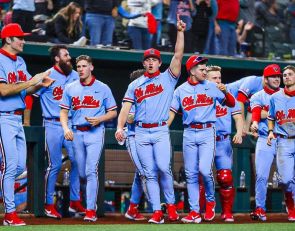 Ole Miss Baseball Got Hot When They Needed it Most