Americans For the Future: Gianluca Busio Could Be MLS’ Next European Export

Americans For the Future: Gianluca Busio Could Be MLS’ Next European Export

On July 28, 2018, in the 77th minute of a match against FC Dallas, Sporting Kansas City brought on a 16 year-old, lanky, bushy-haired midfielder named Gianluca Busio. The very next week Busio would make his first MLS start and his reputation rose in front of our eyes, as he provided the game winning assist in the 74th minute of a win against Western Conference foe, Houston Dynamo. The match also made Busio the third youngest player to start a game in MLS history.

In the nearly two years since that day, Busio has seen his stock rise considerably, even being ranked 10th in MLS.Com’s 2019 22-Under-22 series, which highlights the top youth talent in the MLS. And making himself an important cog in Peter Vermes’ side in the process. Busio’s rise among Sporting’s senior side at such a young age is quite unusual, but considering he was the second youngest player to ever sign an MLS contract, it’s not a complete surprise.

An energizing, refreshing presence in the midfield, Busio goes box-to-box with ease. His maturity and flair for the game are quite evident when creating for his teammates and his intelligence in build up play proved to be crucial for Kansas City when he broke out in 2019. In only 22 games and 10 starts, Busio scored three goals and one assist in just under 1,000 minutes of gametime.

22 games might not seem like a whole lot, but Busio missed time during the season due to injury and his selection at the United States U-17 men’s national team at the Concacaf Championships. In the tournament Busio was a clear stand out in a deep side that made it to the final and included Dortmund wonderkid Gio Reyna, among a number of other players who are currently signed to professional contracts. Busio scored five goals and three assists in six appearances, eventually earning a place in the tournament’s Best XI.

Since former Vancouver Whitecap Alphonso Davies ascended into a star at german powerhouse Bayern Munich, every European giant has wanted to find the next gem the MLS has to provide. And it might just be Busio.

Busio’s strong 2019 garnered global recognition from some of the world’s top clubs. The likes of Manchester United, Inter Milan and Fiorentina have all been linked to a transfer for the young American.

But it seems that Busio’s future is something that Sporting is willing to fight for, with FourFourTwo reporting that Inter Milan has already had an offer rejected for the young starlet.

Busio’s 2020 season has gotten off to a slow start with him playing only 16 minutes in Sporting KC’s first two games. But with a deal recently announced to start the MLS season on July, 8, I don’t expect it to be too much longer until Busio re-affirms himself as a key piece for his team; and possibly increase his standing around the world.

Americans For the Future is a series of articles that will be previewing some of the United States up and coming soccer stars. Past articles have showcased Tim Weah and Ulysses Llanez, among others. 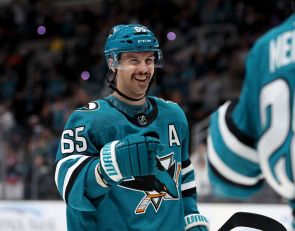 Three players that have surprised the NHL so far