Why the Pittsburgh Pirates and Austin Hendrick are the Perfect Pair

Why the Pittsburgh Pirates and Austin Hendrick are the Perfect Pair

Pittsburgh is a city who worships their sports teams.

The Penguins are contenders for their third Stanley Cup Championship in five years, if the 2020 season resumes, and Steelers fans felt like it was Christmas morning when Ben Roethlisberger posted a video of him throwing to teammates again.

But, the Pirates are also in the city. The baseball team who has won only one playoff series since 1979 (no, we don’t count Wild Card Game wins as a series) is in a complete rebuild, and it starts with this year’s 7th overall pick.

For months, baseball scouts have raved about outfield prospect Austin Hendrick. He’s rated as one of the best high school players in this year’s 2020 MLB Draft.

Hendrick attends West Allegheny High School in Imperial, Pennsylvania, just over 15 miles from the Pirates home stadium, PNC Park. His commitment to Mississippi St. seems strong, but if selected by the Pirates, Hendrick may take a hometown discount.

Hendrick has been mocked in the top 15 picks by analysts since the conception of 2020 Mock Drafts. The ceiling for Hendrick is as high as anyone in the draft class, but there come a tremendous amount of questions as well.

On the defensive side, Hendrick has been labeled as a plus outfielder with a good arm. His bat is what is the big question mark for teams. He has shown his raw power repeatedly, but his contact ability is the question.

Over the past two years, Hendrick’s batting stance has changed numerous times. It seemed as if every time a new video of his swing was released, his lower half was different than the previous video.

Hendrick has developed a heavy leg kick, which can result in an unbalanced swing depending on the pitching competition. Constant hand movement prior to the pitch can also result in a late pitch location, although his incredibly quick hands have shown they have the ability to make up for that lost time. His head movement, which is a product of his drastic leg kick, is potentially one of his biggest issues.

While by no means am I making a Hendrick-to-Harper player comparison, their swings appear similar.

The main focus on the comparison of their swing is their head. While Hendrick’s swing moves a tremendous amount, Harpers is basically on the same line the entire time. This helps extremely with pitch recognition.

Point being, there is work to do with Hendrick’s swing.

If placed in the right situation, Hendrick could be given the opportunity to work on his swing repeditaly and break out of some early bad habits. Hendrick has the capability to become one of the best players in this draft if his swing progresses.

The Pirates have been a team who has hit on a few high school players in the last few years. They have had players like Cole Tucker (2014 first round pick) make it to the majors already and prospects such as Ke’Bryan Hayes (2015 first round pick) rise up as one of the top prospects in all of baseball.

On the Pirates 40-man roster currently, 18 of their players were homegrown, while 15 others were brought in by trade, mostly while they were still minor leaguers.

The Pirates have had a track record of developing young bats. Tucker, Hayes, and Austin Meadows are all examples of hitters who developed into top hitters/prospects in their respective classes.

If Hendrick is put in a system like Pittsburgh’s, he might be able to continue to develop his swing into an even more powerful one.

Not only would this be a solid situation for Hendrick, but the Pirates need to take a shot with their hometown player.

The Pirates finished with the second-worst record in the National League last year, and they will enter 2020 with a below average farm system. With new General Manager Ben Cherington in Pittsburgh, don’t be surprised if he tries to make a splash with his first pick. In Boston, Cherington made heads turn with high school selections, such as selecting Michael Chavis and Michael Kopech in 2014, who have both turned into high-end prospects for their respective teams..

The Pirates have been known for taking “risks” in past drafts and now with a new front office, that may not be the case. But, if there is ever a time to go after a risky player, it’s the perfect time for the Pittsburgh Pirates to go out and sign their hometown kid, Austin Hendrick. 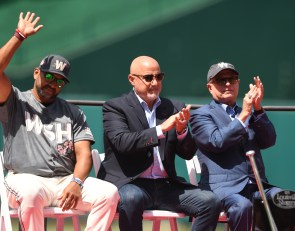 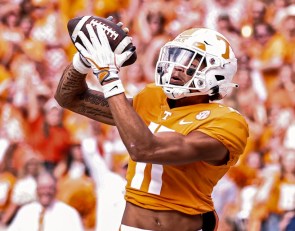