The Question that the NBA Must Answer Before Resuming Play

The Question that the NBA Must Answer Before Resuming Play

The NBA announced this week that they are in preliminary discussions to restart the 2019-20 season in late July. Their plan is to host games at a Disney owned sports complex just outside Orlando, Florida. Given the circumstances, the rest of the season will look very different from what we are used to. There will be no fans in the stadiums, the remainder of the regular season will most likely be shortened or removed all together, and the nature of the playoffs themselves still remains unknown.

But beyond the season’s structure, Adam Silver still has many issues to resolve before the league can tip-off once again. The biggest hurdle of them all may be the very one that brought the league to an abrupt halt on March 11th.

On that day, the Utah Jazz were set to play the Oklahoma Thunder. Just before the game got underway, a Jazz team doctor ran out on the court to deliver some shocking news. Rudy Gobert had tested positive for COVID-19. Both teams were quickly escorted to the locker room and explained the nature of the situation. Nobody knew that would be the last time an NBA team stepped on a court for months.

Following Gobert’s positive test, league play was immediately suspended and all members of teams that had played the Utah Jazz in the last two weeks were told to self-quarantine. With a month left in the regular season, the league was left with a feeling of uncertainty that they had never experienced before.

All it took was one player on one team contracting this virus to bring this multi-billion dollar corporation screeching to a halt. All that the season had built toward seemingly washed away in an instant. So as we look forward to a possible reopening, the question must be asked: What is different this time around?

Adam Silver said in a statement recently that for resumption of play to be possible the league must feel comfortable that a positive test will not shut things down completely. But when you begin to consider the nature of the sport and the league, this could quickly turn into a game of whack-a-mole that Silver may not be able to win.

For starters, basketball is a sport not exactly in line with social distancing. With the amount of direct skin contact and sharing of sweat during an NBA game, transmission of a virus has the potential to be prolific. We have seen in the past that when a player is sick with simply a common cold or the flu, very often several teammates of that player find themselves under the weather within a week or two.

So if, and most likely when, someone contracts COVID-19 in the new, modified NBA format, how do you ensure the safety of all players and coaches without suspending play?

If direct CDC guidelines were to be followed, every single person that came into contact with the infected individual would have to self-quarantine for two full weeks. But I think it would be pretty difficult to carry on with the playoffs with four or five entire teams unable to leave their houses. Therefore the idea that the league will be able carry on without breaking any federal or state guidelines may be a pipe dream.

One solution that has been discussed is using frequent testing to stop any possible outbreak. In theory, if every single person involved with league play is tested regularly, somebody carrying the virus, along with anyone they infected, can be isolated before it is spread.

Given the length of the NBA Playoffs, and the personnel required to make it all happen, the quantity of tests required to carry out this ambitious plan would be unprecedented for a corporation to acquire. But given the eagerness of President Trump to bring sports back into American homes, it may be feasible with the help of the federal government.

The real question that lies with this hypothetical strategy is not one of logistics, but one of ethics. The production of tests in this country has been trending in a positive direction in the recent weeks, but the fact of the matter is that many states are still short, and many others have yet to hit their peak number of cases. It may not be the best look for the NBA or the country for thousands of tests to be taken away from the healthcare system in the name of entertainment.

Adam Silver has done a masterful job in his time as commissioner at keeping the NBA’s image on the right side of history, but this move could put a permanent stain on the league, marring it’s near pristine reputation.

As we enter the fourth month of a seemingly endless isolation from the many things and people that we love, it is easy for anyone to become impatient. It is not a reach to say NBA fans have not taken much joy in having to turn to NASCAR and Bundesliga soccer for their fix of athletic competition. But trying to rush back our favorite sports when it could be detrimental to public health is not the best course of action.

If the NBA can find practical answers to these tough to answer questions, then a resumption of play would be a great morale booster for our country to have during these trying times. Either way though, this may be the most important two months in the history of the NBA. 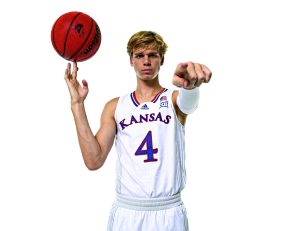