Before Mark Fraser appeared in eight different NHL seasons, before he had played professionally in multiple countries, he was just like any other Canadian hockey player with a dream. During a game when he was 14, in Buckingham, Quebec he had got into a coincidental roughing penalty with an opponent, something not abnormal within the sport. As a response Fraser was told by the opposing team’s parents to “go back to the bush,” a phrase telling Fraser to go back to Africa.

This was the first, but not last time Fraser would have to go through racial abuse, something that is part of the black experience in the hockey world.

“I truly believe that every player of color who’s reached the pro level has experienced some form of racism in the game of hockey,” Fraser told TWSN. “A lot of what I experienced was either systematic racism from a lack of awareness or comfort, seeing and being around black athletes, or inadvertent comments being made towards you that you have to just accept and smile, or play into but you really want to call people out for how they just made you feel.”

“I’ve experienced this with the perception managements have had of me, things media members or fans may say in passing, or questions from a fellow teammate. A lot of my experiences with this aren’t necessarily intentional or overtly racist, but the general lack of awareness and understanding of what it’s like to be equal in the hockey world yet deep down you know you have to deal with the challenges of being the only person in an entire organization who looks different. That fact alone can make life and your career more challenging and there’s very little understanding of that issue, in part due to the lack of black representation in hockey at all levels of the pro game,” Fraser said.

Minority representation within hockey has been an issue within the sport for a long time. Only 43 of the NHL’s over 700 players are players of color, less than 5% of the league.

In 2019, the league presented the “American Legacy Black Hockey History Tour.” A mobile museum showcasing hockey’s past black influences and greatest achievements, in an effort to celebrate the sports minority history.

“The league is working on new ways to acknowledge, honor, and protect its minority and black players,” Fraser said appreciatively.  “But overall, they are still miles behind the other major pro leagues in North America. With recent stories coming out this past winter of some of the things black players have had to live through, the NHL now knows there’s a black eye on the league and its reputation.”

Over the winter, winger Akim Aliu spoke publicly alleging that former head coach Bill Peters used racial slurs multiple times during his rookie season with the Blackhawks organization.  The following season he was forced to watch as an equipment manager used blackface to dress as Aliu at a Halloween party in 2011.

Wayne Simmonds, who is currently on the Buffalo Sabres roster, has been on the forefront of this after experiencing multiple racist incidents himself.

“When you’re black, you kind of expect racist things. You learn to deal with it,” Simmonds said after an incident in 2011.

These incidents continue to persist, even with the NHL making efforts to be more inclusive and accepting of minority players. The most recent incident involving Rangers 2018 first round pick K’Andre Miller.

Miller was in a team-sponsored, zoom call with fans when he was subjected to racial abuse by someone who hijacked the call, posting a racial slur multiple times. It was a harsh reality-check for Miller and heartbreaking for athlete’s like Fraser who could relate to his pain.

“My reaction to the Miller incident was just disappointment,” Fraser said. “I felt like I had no hate toward these actions left, all I could do was feel sad that this is still a thing, sad for K’Andre and simply just disappointed that with everything that came out this year about racism in the hockey community some idiot fan could still do such a thing.”

“To hijack a chat where a team is interviewing their 2018 first round draft pick, an elite prospect, but really, just a kid, and want to do nothing but throw hate at that poor individual is beyond my comprehension,” Fraser explained.

The silver lining, if there could be any, is the outpour of support Miller received after the incident.

Miller received kind words from teammates, and future opponents alike, in addition to USA Hockey who posted an uplifting message of Miller’s character, and not to mention fans around the world. Most, if not all unifying for one simple reason, to shame the attacks on a young minority hockey player.

The support for Miller seems to be the consensus, even in a sport that is trailing behind many others in the treatment of minorities, Fraser says the majority of his experiences with the NHL would be with “kind, caring and supportive people.”

Fraser applauds the NHL for its aggressive approach towards issues of race, but feels there could have been diversity or grassroots programs in place years ago. While these programs are good and hopefully help the issues at hand, Fraser knows that until there is more minority representation in influential positions across the league, players like himself, Miller and Simmonds will continue to deal with these tragedies. 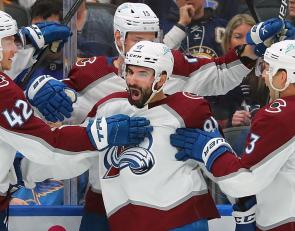 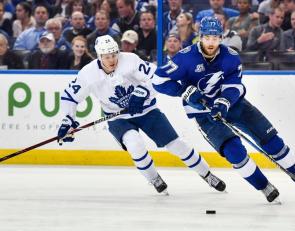 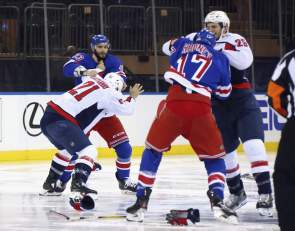