To all soccer fans worldwide, FC Barcelona are seen as arguably the biggest club in the world. The countless La Liga and Copa del Rey trophies along with strong historical European success over the years has given fans of Barca much to talk about in recent memory. In addition, by having reputable players including the likes of Lionel Messi, Andres Iniesta, Xavi, Ronaldinho and Gerard Piqué representing their club, FC Barcelona has had true footballing legends amongst their ranks.

Despite having a strong brand and history, as of the past two years and possibly more, Barca has faced much backlash from fans and pundits given the current state of the club. Their recent campaigns in the UEFA Champions League have left their faithful heartbroken due to both underachievement and instances of true team and tactical “implosion” on the soccer pitch – most notably in the semifinal series against Roma (2017/18) and Liverpool (2018/19).

These defeats have led many to pointing fingers at the many important figures at the club including the Barca board of trustees, manager, and at times, the players themselves.

This article will highlight where the blame lies and what needs to be addressed for FC Barcelona to go back to their winning ways especially in European competition. I will break it down into three key reasons.

With the departure of Neymar to PSG for a world record fee of $263 million in 2017, Barcelona have been scrambling to find a replacement in the attack. In the same summer transfer window, they signed French winger Ousmane Dembele from Borussia Dortmund for $137.5 million. Unfortunately looking back on it now in 2020, Dembele has failed to live up to his expensive transfer fee given his many injury problems and lack of consistency in his play.

In addition, they splurged $144+ million on then-Liverpool midfielder/winger Philippe Coutinho in 2018. He never truly panned out in his first year at Barcelona and is currently loaned out to FC Bayern Munich with the potential of being loaned again at the season’s end to another club.

Lastly, in what was seen as an unnecessary signing by many, Barca triggered French and Atletico Madrid forward Antoine Griezmann’s release clause for $135 million. He has frankly yet to find his true footing at the club not making much of an impact during his first year so far.

The common trend among these transfers are bad business and tactics that do not suit these player’s individual skills and attributes. In addition, I would argue that given how clustered the attack seems to be with these players, many are forced to play out of position hence limiting production and success.

Sure, Griezmann, Messi, and Suarez in the attack sounds great, but with the exception of the “GOAT,” Suarez and Griezmann have a tough time playing anything that isn’t either striker or right wing. The lack of versatility does not help.

FC Barcelona being a club not much known for splurging on transfers, given they have one of the strongest youth academies on the planet, have felt forced to do so and unsuccessfully.

With the departure of legendary manager Pep Guardiola to Bayern Munich in 2013, Barca have scrambled to find a true replacement. To be fair, they saw treble winning success under manager Luis Enrique in 2015 thanks mainly to unrivaled attack of Lionel Messi, Luis Suarez, and Neymar. But even under Enrique (with the exception of 2015), signs of underachievement began to be revealed in both the Spanish league and Champions League.

After his resignation from the Barca post after the 2016/17 season, it went completely downhill in the eyes of many. Barcelona signed then-Athletic Bilbao manager, Ernesto Valverde to replace Enrique, which presented a dramatic change in tactics and caused a huge strain in the relationship between the Barca board, its fans, and its players. He was seen as too conservative in his approach to matches, which led to not making much of an impact offensively despite holding most the possession throughout the match, and at times being prone to the counterattack.

In short, there was a lack of creativity and flair in his Barca side that is something that has been synonymous with Barcelona’s brand of soccer throughout its history.

There was also a lack of overall leadership in his side. Players many times seemed to ignore his tactical orders or halftime speeches as they lacked trust in his decision making. This lack of cohesiveness and character, along with questionable tactics, led to the semifinal loss to Roma after being up 4-1 on aggregate after the first leg, and Liverpool the year after, despite having a 3-0 aggregate lead.

After much back and forth between the fans, as well as players and the Barca board of trustees, the board decided to fire Valverde in January 2020. His current replacement, Quique Setién, is seen as a breath of fresh air and tactical familiarity among the Barca faithful, but has yet to really have his finger on the squad – as seen through their 2-0 loss to Real Madrid in the Estadio Santiago Bernabéu.

In 2014, Josep Maria Bartomeu assumed the role of president of FC Barcelona and was re-elected on a six-year term the year after. Much of his presidency has been faced with controversy over a variety of elements.

To start, he received much criticism for the unsuccessful ventures in the transfer market, as of late, in addition for the appointment of Ernesto Valverde as manager. Recently, Bartomeu has been at the forefront of controversy surrounding the alleged usage of social media company, I3 Venture, to create a campaign against key members of Barca’s past and present as a means of saving face.

Despite his public treat of legal action against the accusers, his relationship with notable members of FC Barcelona has now been tarnished.

As shown above, Gerard Piqué accused an affiliated member of the club defending Bartomeu, of being a “titella,” or the Catalonian equivalent of a puppet.

It is clear that the rift between the players and board, led by Bartomeu, is ever-growing. The upcoming FC Barcelona presidential elections are around the corner in 2021, and there is sure to be dramatic change coming as a result.

How does the future look like for FC Barcelona?

In my opinion, I think it is too soon to gauge. It honestly depends on the success of Setién as manager, and the result of the 2021 Barca elections. If a fresh face is made president that is willing to create the necessary change in transfer policy and can rekindle the relationship between the players and board, it could be the start of something special.

I believe the club as a whole need to make it a priority to make good use of Messi’s last few prime years. It is only fair they provide their greatest ever player with the reinforcements to succeed both on the pitch and off.

If the past few years has taught FC Barcelona anything, it is that money can’t bandage the wounds within the club’s culture, and it is going to take a collective effort to get back to prominence. 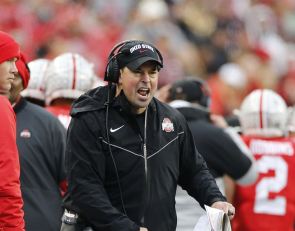 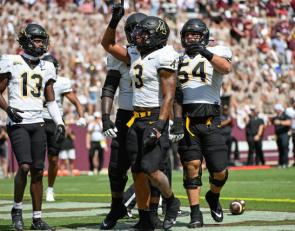