The Last Dance Recap: Parts 5 and 6

The Last Dance Recap: Parts 5 and 6

After watching Parts 5 and 6 of ESPN’s ‘The Last Dance’ on Sunday night, one thing that can never be questioned about Michael Jordan was his competitiveness. Jordan had a relentless determination to always prove to the world just how good he was and that you could never count him out. Many of his opponents on the court learned that the hard way.

During the 1992 NBA Finals, the Chicago Bulls were looking to win back-to-back championships as they faced the Portland Trail Blazers led by All-Star shooting guard Clyde Drexler. Many people, especially in the media and Drexler himself, said that he and Jordan “were the two best in the game.” They were compared to each other because they played the same position, and their styles of play were very similar.

When Jordan heard that people were comparing him to Drexler he said, “I took offense to that.” Former Los Angeles Laker Magic Johnson, who was working for NBC Sports at the time, told a story about how he was with Jordan the night before Game 1 of the series. Jordan told Johnson that he was going to go right at Drexler the whole series. He wasted no time doing so; in Game 1 Jordan scored 39 points hitting six three-pointers in a Bulls win, while Drexler finished with only 16 points.

In 1992, NBA players would be allowed to play in the Olympics for the first time. The United States team was loaded with guys like Jordan, Johnson, Larry Bird, Karl Malone, and many more great players, and they would later on be donned ‘The Dream Team.’

The U.S. had a lot of pressure going into the Olympics that year knowing they had a team full of NBA players. Their toughest opponent would be Croatia, who had an emerging young star in Toni Kukoc, who was highly touted in the international circuit.

Bulls General Manager Jerry Krause was enamored with Kukoc and hoped to bring him to the Bulls. Krause drafted Kukoc in the second round of the 1990 NBA Draft, but Kukoc did not sign with the team until 1993 fearing he would be spending a lot of time on the bench.

When Jordan and his teammate Scottie Pippen realized how enamored Krause was with Kukoc and that he would be making more money than Pippen, they made it their duty to embarrass him on the court when the United States faced off against Croatia.

When they eventually faced Croatia, Jordan and Pippen both guarded Kukoc throughout the game making life on the court miserable for him. They smothered him the entire game holding him to four points on 2-of-11 shooting. After the game, Pippen said to reporters, “I wanted to shut him down and embarrass him.”

Fast-forward to the 1993 NBA Finals, and the Bulls would be looking to win their third straight title. Facing the Phoenix Suns who had the best record in the league and league MVP Charles Barkley along with Dan Majerle and Kevin Johnson. Jordan was upset that he did not win the MVP and used that as motivation to go out and win his third championship in a row.

That wasn’t the only thing that Jordan used to motivate himself in the series against the Suns. He would also be going up against Majerle who Krause was a big fan of. Jordan said: “I knew that Jerry Krause loved Dan Majerle and just because Krause liked him was enough for me.” He added, saying, “You think he’s a great defensive player? Ok, fine. I’m going to show you he’s not,” Jordan said on Krause.

In that series, Jordan would average 41 points per game, which is still a finals record to this day proving that Majerle was not the elite defender that Krause thought. The Bulls would win the series in six games.

Barkley was dominant in that series averaging 27.3 points per game and 13 rebounds per game. Barkley admitted that it was the first time he ever thought that somebody was a better basketball player than him and that somebody was Jordan.

After winning his third title in a row, Jordan had now established himself as one of the all-time greats. One thing that can never be questioned about Jordan is his relentless hunger to prove to the world, even if he didn’t need to, that he was the best, and it wasn’t even close. He wanted his opponents to have nothing on him. Nobody was able to silence their critics faster than Jordan. 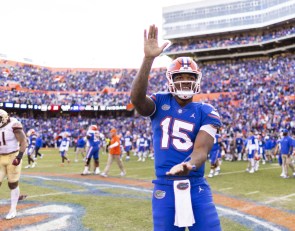