Americans For The Future: Gio Reyna Following A Familiar Path

Americans For The Future: Gio Reyna Following A Familiar Path

Dynamic is one word that can be used to describe Gio Reyna. Not many 17-year-old’s earn that adjective at a professional level, especially not in the Bundesliga, one of the most talent rich leagues in the world, yet here we are. At a young age and after only 11 appearances, Reyna has proven to not only be one of the league’s brightest prospects, but America’s as well.

Reyna is following a similar career path to Christian Pulisic, who is widely considered the United States’ best player. At the tender age of 21 Pulisic has 34 international appearances, with 14 goals and nine assists. He is also the youngest player to ever wear the captains armband for the United States. Reyna has yet to make his debut for the national team, but has captained United States teams at the youth level, even being called into the Under-23 camp, despite being so young. A full debut for the stars and stripes could be coming sooner than later.

Reyna, like Pulisic broke through to Dortmund’s first team at 17; both making an immediate impact. Pulisic rapidly rose to be one of the games brightest prospects, eventually earning himself a move to Premier League giants Chelsea. Reyna recently praised Pulisic as a trendsetter for young American soccer players like himself.

“He didn’t just open the doors for me but everyone (in the U.S),” Reyna told the Athletic. “Because of him, young (U.S.) players have come to Europe to big clubs, looking to take the next steps in their career. He’s the one who has really made that possible. He made us believe we could do this.”

Despite having limited appearances Reyna has shown flashes of superstardom. He has a single goal for Dortmund at the senior level. Calling the goal sensational would be an understatement. It was the type of goal that’s supposed to look effortless for the world’s elite, not a 17 year-old in the midst of his fourth appearance.

The goal took place against Werder Bremen in the DFB-Polka, Germany’s biggest club tournament.  Reyna received a simple back pass around 30-yards from goal, immediately splitting two defenders, then beating a third with a deft touch with the outside of his foot. He would then open up his body ripping a shot past goalkeeper Jiri Pavlenka, who is also a Czech Republic international. Dortmund would eventually lose the match 3-2, but Reyna’s 78th minute masterpiece was the reason the team had a fighting chance.

Reyna’s single assist came on the biggest stage in club soccer, occurring in the UEFA Champions League, in the Round of 16 against Paris Saint-Germain. The assist was fairly simplistic.

Reyna received the ball at midfield, took a few dribbles, out pacing the defense before sliding the ball over to striker Erling Haaland, who rocketed a shot past the PSG goalkeeper. The assist gave Dortmund a 2-1 lead, one they would not relinquish in the first leg, and was a statement win at the time. The team would eventually drop the second leg 2-0, eliminating them from the competition. Nonetheless, Reyna had put himself on the map.

Many hope this is just the starting point for a teenager with almost limitless potential. With Dortmund returning to action on May 16, fans are hoping to see Reyna continue where he left off, and possibly earn himself an international debut alongside Pulisic in the near future.

Americans For the Future is a series of articles that will be previewing some of the United States up and coming soccer stars. 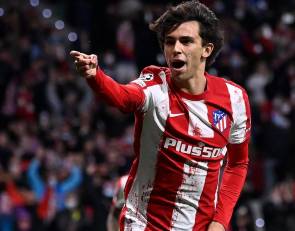 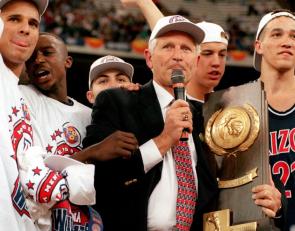