It has been over two months since competitive football has been played. Fans were desperate for any live football to watch during the quarantine. This weekend, German football was the first major league to return to action. Behind closed doors, all eighteen teams would be resuming league action in quest of a league title.

1: Borussia Dortmund and Borussia Monchengladbach are in the Title Race

Prior to Matchweek 26, league leaders Bayern Munich were ahead of Dortmund by four points and six points ahead of Monchengladbach. If the two clubs wanted any chance to stay in the title race, they had to get off to a good start.

Borussia Dortmund were facing FC Schalke 04 at Signal Iduna Park. Both teams took some time to find their rhythm, but Schalke had no chance to get anything out of this game. Dortmund controlled most of the possession putting waves of pressure on the Schalke defense throughout the entire 90 minutes.

Second placed Dortmund dominated the match with a comfortable 4-0 victory. 19-year-old Erling Haaland continued his great form at his new club netting his tenth league goal in only six appearances. The team also got a brace from Raphaël Guerreiro, and Thorgan Hazard added a goal in the beginning of the second half.

As more key players return from injury, including club captain Marco Reus and midfielders Emre Can and Axel Witsel, the quality of the squad has a chance to finish the season strong and challenge for the title.

Similarly, Borussia Monchengladbach did not miss a beat scoring within the first minute of the match in a 3-1 win over Eintracht Frankfurt. French forward Alassane Pléa put his team up early, and they never looked back. Then French forward Marcus Thuram added a second, and Algerian defender Ramy Bensebaini slotted a penalty kick under the arms of Frankfurt goalie Kevin Trapp.

Monchengladbach took advantage of Frankfurt’s bad form, who have lost each of their last four matches now. The side will need to continue their winning form if they want any chance to close the gap between them and Bayern Munich. The teams will match up against each other on June 13 giving Monchengladbach a great chance to push for the title.

2: RB Leipzig Take Themselves out of the Title Race With A Draw

Going into this weekend, Leipzig were sitting in third place with a chance to keep up with Bayern. They were facing SC Freiburg, who are looking to move up the table to the Europa League spots. Even with both teams in the top half of the league, Leipzig were expected to take three points from this match.

If you were going to look at the stats, you would have believed Leipzig won the game by two or three goals. Leipzig had 22 shots (8 on goal), while Freiburg had 6 shots (1 on goal). Freiburg held the lead for most of the game after defender Manuel Gulde scored a goal off a corner in the 34th minute. Leipzig continued to attack their opponent, but could not prevail.

Freiburg goalkeeper Alexander Schwolow had seven saves in the game giving his team a great opportunity to earn a point. It took until the 77th minute for Leipzig to equalize when forward Yussuf Poulsen scored with a header. Leipzig were not able to get a second goal leaving them with a disappointing draw at home.

With Bayern Munich seven points clear of fourth placed RB Leipzig, I see no chance for them to get back into the title race. The league leaders would need to drop points in at least three of their last eight games, which seems highly unlikely. Leipzig needed a win against Freiburg in order to keep close with Bayern, but this draw leaves them with a slim chance to be Bundesliga Champions.

3: Bayern Munich Continue to look Comfortable Against Anyone in the Bundesliga

After Borussia Dortmund and Borussia Monchengladbach won their games the previous day, Bayern needed to get all three points to open up the gap once again. The current leaders of the league were going on the road to play FC Union Berlin.

This previous match-up between these two clubs was very close with Bayern Munich edging out a 2-1 victory in late October. Even with that, everyone expected Bayern to come away with the victory.

Bayern took some time to get settled in, but took the lead on a penalty kick from forward Robert Lewandowski in the 40th minute. Union Berlin stayed in the game until defender Benjamin Pavard scored a header off a corner in the 80th minute to seal the three points for Bayern.

It was not a great performance for Bayern, yet they were still able to win by two goals. They had three shots on target, and Union Berlin had two shots on target. Even when Bayern are not at their best, they still find ways to break teams down and get victories.

After over two months of no football, teams will need to muscle out wins in order to get back into rhythm. Bayern has plenty of talent, and I expect them to continue their winning ways moving forward.

For teams like Dortmund and Monchengladbach to catch Bayern, they will need them to drop points in two different games at minimum. I have a hard time seeing this happen, which will likely result in another Bundesliga Title for Bayern Munich. 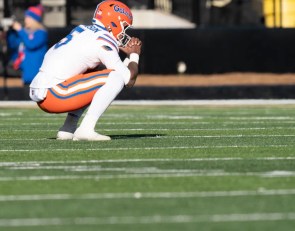 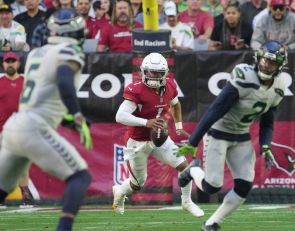