After the addition of Tom Brady, the Tampa Bay Buccaneers are amongst the 2021 Super Bowl favorites.

​Despite having Brady and elite offensive weapons in Mike Evans and Chris Godwin to go along with their quality defense, who gave up less than 75 rushing yards per game last season, the team does have one fatal flaw.

​General Manager Jason Licht probably thought he would have solved this issue in 2016 when he controversially drafted Florida State kicking sensation Roberto Aguayo in the second round of the NFL Draft, but that experiment didn’t work out and three years later Licht dipped back into the draft to find his new franchise kicker.

Licht would ultimately settle on selecting Matt Gay out of Utah in the fifth round of the 2019 NFL Draft.

Inconsistency would plague Gay in his rookie season with his 77.1 field goal percentage and 89.6 extra point percentage ranking 23rd and 28th in the league respectively last season.

​While these numbers may seem inconsequential, it becomes more obvious why they’re important when you take a look at the elite regular season teams last season. The four teams who earned a first-round bye in the postseason were the Baltimore Ravens, Kansas City Chiefs, San Francisco 49ers and Green Bay Packers. Those teams all had reliable kickers, with Justin Tucker for the Ravens, Harrison Butker in Kansas City, Robbie Gould for the 49ers, and Mason Crosby in Green Bay.

​If you grouped Gay in with those four, he would have had the second worst field goal percentage, in front of only Robbie Gould, who dealt with injuries during the season, and he would’ve been last in extra point percentage with more than four percentage points lower than the next player.

​If you think this is a one off, then ask yourself, who were Brady’s kickers? The six-time Super Bowl champion has been spoiled at this position with Adam Vinatieri, who dipped below eighty percent field goal percentage only once and was above 90 percent twice in the five years the two played together. After Vinateri left, the Patriots acquired Stephen Gostkowski, who has dipped below eighty percent only twice in his 14-year stint with the team with one of those being an injury shortened season in 2010.

In the 2010 season, Gostkowski was replaced by Shayne Graham for the final eight games of the season. Graham went 12-for-12 on field goals as the Patriots went 8-0 in games he kicked finishing with the best record in the AFC.

​Consistency in the kicking game is crucial for a team that’s looking to contend, and Gay’s inconsistency could hold the team back, as his inconsistency had a knack for showing itself at the wrong time last season. Like the team’s week three matchup against the Giants. Gay missed two extra points and a 34 yard field goal as time expired in a 32-31 loss.

​Gay’s kicking troubles showed up once again in the season finale against the Falcons when he missed three field goals all within 50 yards in a 28-22 overtime loss.

​His season did have its downs, but he did give the Buccaneers’ reasons to be excited. The rookie showed his resilience the week after the Giants debacle going a combined 9-for-9 on field goals and extra points in a road win against the Rams including a 58-yard-bomb that reminded the team why they spent a fifth round pick on him in the first place.

​The week four matchup was the start of a seven game stretch from weeks four to 11 when Gay made 33 of 34 kicks he attempted.

​After the week 17 loss against the Falcons, Gay reflected on his season.

​“There were some ups and downs, but I felt like I had a good year. And then to go out like that, it’s frustrating. It just kind of leaves you thinking about it. If that happens earlier in the year, you’re like, ok solid year. It lights a fire,” Gay said (via tampabay.com.).

​If Gay’s internal fire leads to an improved sophomore campaign, Brady and the Buccaneers will be one step closer to a Super Bowl Championship. 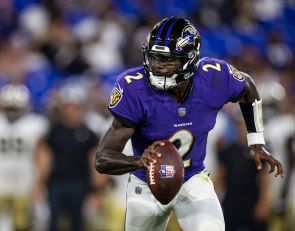 Three Quarterback Options for the Buccaneers in the Post-Brady Era