It has become obvious that the Tampa Bay Buccaneers have been trying to find a trade partner for former Alabama standout O.J Howard after trading for former All-Pro Rob Gronkowski.

Gronkowski is, without a doubt, first on the Bucs depth chart with O.J Howard at 2nd. Howard is still a very good player, but it is redundant to have so much depth at tight end when the team has other needs on offense.

Last year, Howard only recorded 34 catches for 459 yard and one touchdown. The lack of stats can mostly be blamed on Bruce Arians’ system and the horrendous offensive-line fielded by Tampa. Arians has always had a history of not utilizing tight-ends in the passing game.

The most production that Arians has managed to get out of a tight-end since 2013 would be the 459 yard 2019 season of O.J Howard. Arians’ second yard-leading tight-end was Rob Housler in 2013 with 454 yards.

The most important position for the Buccaneers to pursue is in the offensive-line. Per ESPN’s Jenna Laine, the Bucs have attempted trade talks for Trent Williams, but those talks would later fall through. I think the Bucs should attempt to rekindle the trade with the Redskins during the draft.

Williams has outright refused to play for the Redskins over the past two years, and the Redskins do not benefit by hanging onto him while he holds out. The redskins are most likely waiting for the best offer while we get closer to the season. The Buccaneers need to go all in this year to maximize what is probably going to be the better half of Brady’s two year contract.

Per The Athletics’ Jeff Howe, for the Bucs to try to find a trade partner for OJ Howard, it sounds like they’ll have to make a sizeable reduction in their demands. The asking price has been too high.

The Bucs still put a first or second round value on Howard after he has failed to produce for two years in Tampa. If the Buccaneers want to go all-in with the team this year, they have to lower their trade expectations for Howard and make a deal fast. 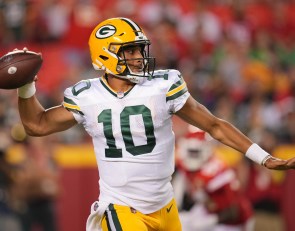 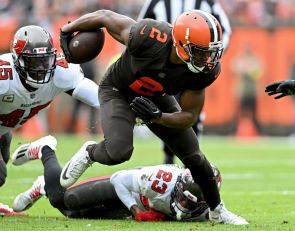