Should the NCAA Take Action Before Losing Another Recruit to the G-League?

Should the NCAA Take Action Before Losing Another Recruit to the G-League?

For top high school recruits, the path to the NBA used to be fairly straightforward. Play for a high-quality college and that would help give you the best odds of making it into the league. It has been like this since the beginning and despite the fact that athletes used to be able to take the quantum leap from high school to the NBA, the majority went the college route.

Back in 2005, the NBA implemented the one-and-done rule which required that high school athletes spend at least one year at the collegiate level before entering the draft.

Because of this, it seemed that there was really only one option for most athletes. However, a recent trend has developed where some top high school prospects have decided to forego college and sign with the G-League.

The most recent rising star to make the jump to the G-League was the No. 13 ranked basketball prospect Isaiah Todd. This decision took many by surprise, but financially, this choice makes perfect sense.

The NCAA has been adamant about not wanting to pay their athletes for a number of reasons, but now that there are more options on the table for players, college has become a much less appealing offer.

Other top prospects like LaMelo Ball and RJ Hampton have chosen to take their talents overseas, while players like Todd have decided to play in the G-League. To put things into perspective, Todd’s salary could be about $250,000 if he reaches all his incentives compared to the zero dollars he would have received had he chosen to play for a collegiate school.

Todd has followed in the footsteps of the No. 1 high school recruit Jalen Green. Both of these players are proving that there are multiple ways to enter the league and that it is no longer necessary to comply with the status quo and go straight to college after high school.

It will not be surprising anymore when more recruits in the future choose to take their talents away from NCAA basketball. The positives simply outweigh the negatives when choosing to not play in college.

First off, the NCAA does not allow players to receive endorsements or profit off their name whatsoever. California recently passed a bill to allow student athletes to make money; however, every other state in America still abides by NCAA’s ruling.

The NCAA still refuses to pay their athletes, which is what gives leagues like the G-League and other international leagues an advantage. These athletes want to take advantage of their bodies while they are young and earn all the money they can while they are still capable.

It is just one knee injury or sprained ankle that can jeopardize a career. Providing payment and a contract gives these premier athletes insurance that their livelihoods are not on the line every time they step on the court.

One of the biggest draws for players when choosing to play college basketball is the publicity. They are always in the spotlight especially during March Madness. However, with the advancements in scouting and video technology, basically every talented player will be properly looked at.

A great example of this is Luka Dončić, who was drafted 3rd overall in 2018 despite never playing a collegiate game. This is because scouts were able to analyze him just as well as any other college athlete and prove that he was a worthy draft pick.

The United States is still the center of the basketball world, but more and more people are looking outside the country for talent. The G-League has also been gaining in popularity over the past few years with its successful development of numerous NBA players.

The NCAA is still the main powerhouse for young athletes, but it now has competing leagues that have the credentials to swipe prospects from them.

Money is the most powerful asset, and until the NCAA realizes that, there will be a continuous trend of top prospects skipping college. Action will need to be done by the NCAA because if the G-League keeps rising in popularity, high school recruits will soon realize that college is not the better option.

There is no money to be made until they get drafted, and that is only if they get drafted. The NCAA is a billion-dollar industry because of the high-level play of their student athletes, yet they do not see any of the revenue go towards them. In order for things to revert back to the way they used to be, the NCAA is going to need to open their eyes and appreciate what they have by paying their athletes what they rightfully deserve.

At the current state of things, it is a no brainer what the better option is, and players like Todd and Green only emphasize the idea that the G-League is the way to go.

Until serious changes are made at the collegiate level, the number of premier players choosing to bypass college will only rise. They may not be worried right now, but the NCAA will need to eventually make a decision about their athletes if they want to keep their elite status as the main steppingstone to the NBA. 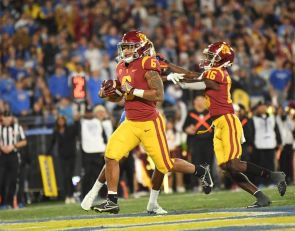 USC, UCLA: PAC-12 legacies and a rivalry like no other 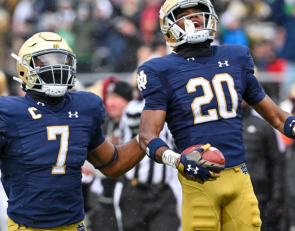 The Best Corner in College Football is a True Freshman