Pros: Has lighting speed (4.27 at the combine). Is impossible to catch from behind. Has the ability to create separation at the LOS and in and out of breaks. Athleticism is a true asset. Able to make acrobatic grabs including one handed.

Cons: Wasn’t the best, 2nd, or even the 3rd best receiver on his roster. Never received a #1 WR workload. Was often used solely as a deep threat to scare defenses. Physicality after the catch is not present. 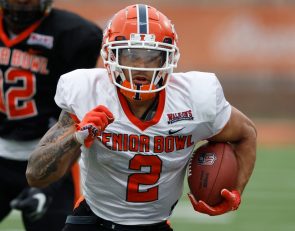