Every year the NFL Draft comes and goes, and the team’s that draft well in the later rounds are often the teams that consistently find themselves in the postseason. With the 2020 NFL Draft coming this upcoming week, I thought I’d give my sleepers.

​My definition of a sleeper isn’t necessarily an NFL superstar, but rather someone who can surpass expectations and be an important contributor.

Someone like Chauncey Gardner-Johnson, who was a reliable safety for the Saints last season, or Carl Lawson, who made an immediate impact with 8.5 sacks as a rookie with the Bengals, were productive sleepers after being drafted in the fourth round of their respective drafts.

Without further ado, here are some defensive players who will be great value picks in this year’s draft.

Olson has been the pride of the University of Montana for the last two years setting the school record for tackles with 151 total tackles his junior year only to one up himself with 179 his senior year.

Olson played weaker competition than many of his colleagues in the 2020 draft competing in the Division I Subdivision, but he dominated that competition as much as one could. Olson has NFL size at six-foot-three 240 pounds, but his instincts and play recognition are what’s most appealing to a front-office.

Teams will obviously be worried about Olson’s level of competition in college, but also his speed. Olson’s 4.88 40-yard-dash definitely didn’t do him any favors, as he could be a liability if put in man coverage.

​But his size, football IQ, and natural instincts should be good enough for him to be effective in the NFL. It wouldn’t shock me if Olson was a starter in the league one day.

The draft process helps a lot of players rise up draft boards, and Darnay Holmes is the latest example.

Holmes’ name has shot up draft boards this off-season, and it started with an impressive performance in the senior bowl as well as a 4.48 40-yard-dash at the combine, which showed he has enough speed to compete at the NFL level. TWSN’s Alex Seghini and Steve Ammann were at the Senior Bowl and said Holmes was one of the week’s biggest winners.

“He flew around all week, and was very aggressive, seeming to have a knack for what route the receiver would run and where the ball was at all times. The aggressiveness helped him this week,” Ammann said.

“Scouts all over were loving his competitive edge. What Holmes lacks in size, he makes up with in aggressiveness,” Seghini said.

Holmes is rather raw, but his aggressive style of play, confidence and work ethic make him an attractive prospect.

Whether you believe Ohio State is DBU or not, it’s not up for debate whether or not the Buckeyes produce an abundance of defensive backs that get drafted. Jeff Okudah is expected to be a top five pick, and Damon Arnette is expected to be drafted in the first two days as would Shaun Wade if he had declared.

​With a stacked secondary, talent often flies under the radar, and Fuller is one of those talents. As a three year starter at Ohio State, Fuller is a smart football player who might not be the most athletic at his position, but can come up and play near the line of scrimmage and wasn’t a liability in coverage.

Fuller has 216 career tackles and uses his intelligence to be an effective run defender, which he can be at the next level.

​Fuller will likely be a late day three pick and could be a great value pick. Fuller will probably not be a superstar, but he is known for being a good leader and being a productive three year starter at a powerhouse like Ohio State should say something.

Motor. That’s the first word that comes to my mind when watching Coughlin dominate Big Ten competition during his career at Minnesota.

Coughlin may not have the biggest build as a six-foot-three, 236 pound edge rusher, but his relentless workrate and football IQ led to multiple All-Big Ten selections in addition to some impressive statlines.

Coughlin was not a pure pressure in college, as he was also dropped into coverage for the Golden Gophers, and he has the speed and intelligence to keep up with many NFL tight ends.

​Coughlin may not be the most refined pass rusher, but his 4.57 40-yard dash enforces his elite speed for his position. If you combine that with his intelligence and work rate, I think you have an effective pass rusher that has the speed and athleticism to be effective in a 3-4 scheme even though he played in a primarily 4-3 scheme in college.

There’s a real chance Gilman goes late day two, but the likelihood is he falls into day three, and he has been given a fifth round projection by NFL.com.

​Gilman started his career at Navy where he started all 14 games the Midshipmen played in his freshman season and was one of their better defensive players. Gilman transferred to Notre Dame to play for the Fighting Irish, and after sitting out a season, he had two productive seasons for Notre Dame.

​Notre Dame used Gilman as an effective blitzer, but he got on scouts radars with good instincts and the ability to tackle.

He is a good athlete, and may be able to develop into a safety that’s trusted in coverage, but I think he can find his bread and butter in a role like Deone Buccanon played for the Cardinals or Mark Barron played for the Rams.

​Gilman can come in and be an effective role player for a team, but his high instincts and athletic upside make him a good contender to become a useful starter in the NFL. ​ 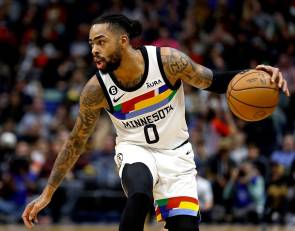