The Bears Should Replace Mitchell Trubisky

The Bears Should Replace Mitchell Trubisky

Mitchell Trubisky proved that he is incapable of leading an NFL team after failing to get the Bears to the playoffs in 2019. The front office must realize that elite defenses come and go every year. The Bears defense has already regressed compared to the 2018 season, so the window is closing for the Bears, and the front office must find a quality starting QB before it is too late.

Trubisky made progress in the 2018 season by leading an elite Bears defense to the playoffs only to lose to the Eagle by the infamous Cody Parkey kick.

After a Pro-Bowl worthy 2018 season, Trubisky has regressed. In 2019, the Bears abandoned the running game with a total of 516 pass attempts on the season for Trubisky, which is a far cry from his 434 passing attempts in the previous season.

The former UNC QB is still signed to his rookie contract from the 2017 NFL Draft. He is going into his 4th and possibly final year as a bear unless for some unlikely reason the team chooses to pick up his 5th year option. In 2020 Trubisky, will have a cap hit of $9,237,591.

In the upcoming free-agency market, there are a number of serviceable quarterbacks available. Some potential quarterbacks the Bears could sign are Tom Brady, Ryan Tannehill, Case Keenum, Philip Rivers, Andy Dalton, and Teddy Bridgewater. 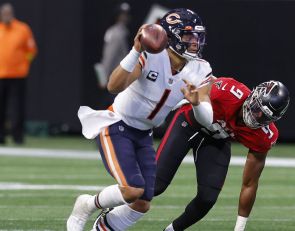 The Chicago Bears Must Be Extremely Careful With Justin Fields 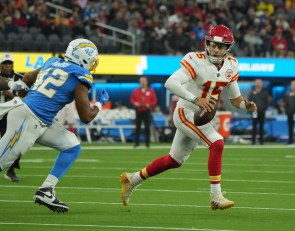