Going into the 2019-2020 NBA season, the Oklahoma City Thunder were predicted to be in the first year of a long rebuild. In the off-season, the team traded away superstars Russell Westbrook to the Houston Rockets and Paul George to the Los Angeles Clippers.

Yes, they got some great pieces back including Chris Paul, Shai Gilgeous-Alexander, and Danilo Gallinari, but most people around the league believed the Thunder would trade Paul, Gallinari, and even center Steven Adams and look to build for the future around Gilgeous-Alexander.

Through 60 games, the Thunder have been one of the biggest surprises in the NBA, and this success was not expected at all.

Currently, OKC sits sixth in the Western Conference with a record of 37-23. Plenty of factors have contributed to OKC’s unexpected success. Chris Paul has been the leader of the squad, which should not be a surprise to anyone.

Yes, the star point guard was going from an elite playoff team to a rebuilding team, but Paul has been sensational all year. At the moment, Paul is averaging 17.5 points per game along with 6.7 assists per game. As one the best guards in the NBA for over the last decade, Paul has continued showing his talent and leadership with this younger squad.

A second year player who has made a massive jump for the Thunder is Shai Gilgeous-Alexander. The 21 year old guard leads the team in scoring with 19.3 points per game along with having 6.2 rebounds per game and 3.3 assists per game.

Gilgeous-Alexander, who had a much smaller role with the Clippers last year, has thrived in a prominent role in OKC. Being around two experienced guards in Chris Paul and Dennis Schröder has allowed the second year guard to learn from his peers and have a massive jump in all parts of his game.

The former Kentucky Wildcat will not only be a huge part for the Thunder’s present, but a cornerstone piece for years to come. The combination of being a 6’5 guard with a 6’11 wingspan allows Shai Gilgeous-Alexander to guard multiple positions giving him the ability to be a dominant defensive player for a very long time.

Gilgeous-Alexander will look to continue his progression in OKC for years to come in hopes of getting the Thunder into contention once again.

Three more key players that have been a huge part of the team’s success this season have been Dennis Schröder, Danilo Gallinari, and Steven Adams. All of these players have played six seasons in the NBA giving them plenty of experience to help the younger guys on the Thunder.

They have accounted for 49.3 points per game collectively giving the team plenty of options on the offensive end. Going into the season, many expected a few of these guys to be traded, if not all three.

A lot of credit should go to general manager Sam Presti, who decided to keep these players, and currently has the team in a playoff position deep into the season.

So far in the 2019-2020, it has been a remarkable run for the Oklahoma City Thunder. Everyone predicted the team to be near the bottom of the standings, but a lot of things in the organization has allowed the team to be very successful.

The development of Shai Gilgeous-Alexander and continued abilities from veterans like Chris Paul and Danilo Galinari have powered the Thunder to sixth in the loaded Western Conference.

No matter how far OKC advances in the playoffs, coach Billy Donovan and everyone throughout the organization should be credited for their success this season. 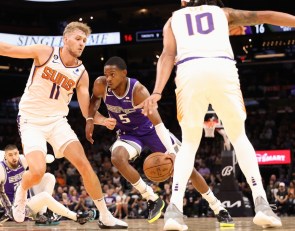 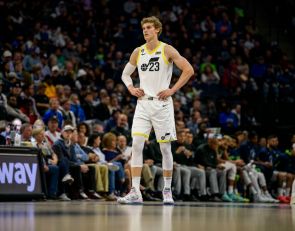