NBA End of the Season Predictions

NBA End of the Season Predictions

With the second half of the NBA season starting last Thursday, I will provide three of my predictions for the rest of the regular season. These predictions will go over rankings and my thoughts on the overall league standing and individual accolades.

Zion Will Win Rookie of the Year

The anticipation for Zion’s debut was a major storyline going into the NBA season. Many fans waited patiently to see if Zion could live up to these massive expectations. After ten games of action, not only has Zion met these expectations, but he has somehow surpassed them.

Currently Zion is averaging 22 points per game and grabbing 7 rebounds per game. This would have been already considered impressive numbers for any rookie. Now consider the fact that Zion has been doing all of this with a minutes restriction, and it just makes this accomplishment even more ridiculous.

The crazy thing is that not only is he doing better, but his success is leading to actual wins. Yes, right now the pelicans are outside of the playoffs, but they had one of the harder schedules before the All-Star break, and in the second half, they have the easiest schedule out of all 30 NBA teams.

The team with the hardest schedule is the Memphis Grizzlies who also happen to have Zion’s only competition in Ja Morant for Rookie of the year. In most years, Zion would be the run-away favorite for Rookie of the year, but due to Morant’s absolutely phenomenal play, there is now a major argument to be had about who deserves the award.

However, if Zion is able to continue playing at this level along with having his team ascend to the 8th seed, I think it will be near impossible to deny him the Rookie of the Year crown.

While it might be popular to think that a team from either conference will somehow dethrone these two juggernauts, the fact is that this is not realistic. Each of the number 1 seeds hold a decent lead over the competition in their conference.

Unless there is a major change in either of their rotation, or a devastating injury, there is no way that either team will drop from their current ranking. In addition, both teams are led by absolute superstars in both Lebron James and Giannis Antetokounmpo.

Both of these players understand the importance of having home-court advantage in the playoffs and will be doing whatever it takes to ensure that they maintain their top records. More importantly, the team chemistry and the system for both teams will continue to have success in the regular season. For instance, Lebron and Anthony Davis hold the highest number of pick and roll/pops in the NBA.

The Bucks also have a great identity behind Giannis. The team is incredibly well coached and understands their identity. This is why they have one of the best offenses in the game scoring the most points, grabbing the most rebounds, and making the 4th most 3’s this season.

While the top seed may not directly lead to playoff success, the fact is that home-court is going to be essential for both teams if they want to make huge runs in the playoffs.

Houston Will be a Top 3 Seed

Look, I understand your doubts about the Houston Rockets. They started the season flat going into the All-Star break with many people doubting their chances in the playoffs. However, I believe that this team will make a significant run in the latter half of the season to propel them to the third seed.

Starting first with the Rockets, their trade for Robert Covington (including myself) had everyone in the community shaking their heads. This was the first time in 3 decades that a team decided to have a starting lineup full of player under 6’ 7”.

In one way, I respected the idea of Mike D’Antoni and Darryl Morey betting it all on this style of offense, and while I have my doubts about the success of this offense during the playoffs, I believe that this style of play can be effective in the regular season.

Unless the Rockets play against a dominant big like Embiid, Davis, Jokic, etc., then this style of play will expose the other team’s big. Not only will the Rockets force the opposing big to guard against both shooters and guards, but they also spread the big away from the rim to prevent him from easily snatching rebounds.

This essentially forces the opposing team to sit their big and to play the Rocket’s style of basketball. This strategy works even better in the regular season, as teams are not as prepared to implement the type of defense to stop the Rockets.

The only weakness in this strategy against most teams is that the Rockets need to be able to hit a majority of their shots outside of the three point line, and during the regular season with minimal risk/pressure, the Rockets are able to hit shots.

While I do believe that the Lakers and the Clippers will end the season with a better record, I believe that the Rockets will be able to move past both the Nuggets and Jazz to attain the third seed. Regardless of the lackluster start of the season, it is going to be a great end of the season as many teams are going to fight to improve their standing before the playoffs start. 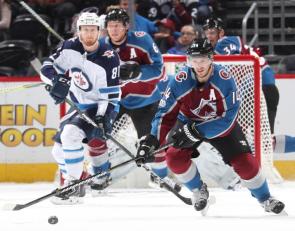