We all remember Deion Sanders as the multi-sport athlete that played professional football and baseball for many years. He was known as “Prime Time” for being incredibly entertaining as well as for showing rapid speed, the ability to outrun anybody on a punt return, and by locking down the opposing receiver he was assigned to cover that day.

He has been retired from the NFL since 2005 and has been in the media as an NFL analyst since deciding to hang up the cleats. But who knew that he may potentially become a college football head coach in the near future?

This past year it was rumored that Sanders was a candidate for the vacant Head Coaching job at his alma mater Florida State University after Willie Taggart was fired. Ultimately, Sanders did not get the job as FSU decided to go in a different direction and hire Mike Norvell from the University Of Memphis.

Sanders was recently on the Dan Patrick Show, and when questioned about the FSU rumors, he said that things got interesting. He then went on to make a bold statement by saying “I’m going to be a college football coach next year.” He then added to that by saying “I’m that definite, I’m that assured that I am.”

Sanders has always been someone who is not afraid to tell it like it is. When Dan Patrick asked, “Why didn’t it work out at Florida State?” Sanders said there were several reasons. To make things even more interesting, he also said there was another school that he interviewed for, but would not reveal any names.

Sanders would go on to say “this is my desire, this is my calling, I’m going to coach college football.” He would then go on to make it abundantly clear that he plans on being a Head Coach and being the guy that runs the show. Sanders said that he is open to coaching anywhere and that he wants to be a head coach period.

Now, for the people that may say “Just because Deion Sanders was a great player, doesn’t mean he’ll be a good coach.” That was the first thing I thought to myself when the rumors about Sanders going to FSU started to surface.

Then I started to think about it more, and when I saw that interview he did on the Dan Patrick Show, his certainty and conviction were clear about how badly he wants to be a college football head coach.

What some people may not know is that Sanders actually has some coaching experience under his belt. In 2017, Sanders became the Offensive Coordinator at Trinity Christian High School in Cedar Hill, Texas.

During his time there, Sanders helped a program that a year earlier finished under .500 by turning them into a powerhouse school as they have gone on to win three straight TAPPS Division II State Titles.

Deion Sanders has a lot of qualities that people look for in a good head coach. Some examples are shown when you watch him on television as an analyst.

He knows how to make people want to tune in to what he has to say, he has this ability to be a guy who can be very serious and make very strong intelligent points on what he believes in, and he also knows how to connect with players, and when you watch him talk to NFL players after they have a big game, they are so excited that they get to talk to someone like Deion Sanders.

This has a lot to do with the respect that he has earned by being a Pro Football Hall Of Famer. One of the most important things about being a coach is the ability to connect with your players, which is something Sanders would not have a hard time doing.

Another asset that Sanders would bring to the table as a coach is the fact that he played in all three phases of the game.

Primarily, he played Cornerback on defense which was a position he excelled at, but he also played bits and pieces of offense at wide receiver because of how fast he was and the fact that he had great hands, and finally, he played on Special Teams as a punt returner and was arguably the greatest punt returner of all time.

This is so paramount because so many coaches these days are only familiar or specialize in coaching one side of the ball. Sanders has played all three and can give young players so much knowledge.

With all that being said, it will be interesting to see where and when Deion Sanders will become a College Football Head Coach.

It’s something that is very intriguing, and by the end of the college football season, there are always a lot of coaches getting let go from their jobs, and there’s a good chance that some program will be willing to take a chance on a guy like Deion Sanders. 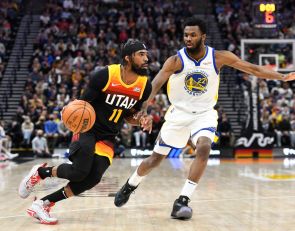