Kenny Wooten Could be Exciting for Faltering Knicks

Kenny Wooten Could be Exciting for Faltering Knicks

Amidst another unsuccessful season, the New York Knicks signed G-League standout Kenny Wooten to a two-way contract per The Athletic. The contract allows Wooten to gain valuable NBA experience while splitting time in Westchester, the Knicks’ G-League affiliate.

Despite being only 6’8″, Wooten has been a dominant interior presence for the Westchester Knicks in his rookie season. The 21-year-old forward is averaging 3.4 blocks in only 24 minutes per game. Wooten is also a good rebounder averaging just under six per game to go along with his 7.7 ppg.

Wooten was an interesting prospect coming into the draft. He chose to leave Oregon early despite only playing two years of college basketball, but in those two years, he was named to the Pac 12 all-defensive team twice and was among the most feared players in the conference.

Wooten was seen as a raw prospect, but his athleticism could be very intriguing to work with.

Wooten can easily be described as a human highlight reel as he regularly shows up on social media making highlight dunks or even a two handed blocks. Similar to current Knicks center Mitchell Robinson, Wooten is a great athletic defensive player who is undeveloped offensively, but if Wooten’s athletic gifts are developed and refined, his ceiling is dangerous.

While fans have been clamoring for Wooten’s signing for a while now, the Knicks front office were forced into making the move. Ian Begley of SNY reported that many teams were looking at Wooten, and the San Francisco Chronicle reported that the Golden State Warriors were one of those teams.

Those rumors were put to bed with Wooten’s signing and the corresponding release of former Memphis Grizzlies forward Ivan Rabb who was also on a two-way deal.

Interim head coach Mike Miller had a successful stint with the Westchester Knicks before making the leap to the NBA. In Westchester, he helped develop many current NBA players including SG Damyean Dotson, PG Trey Burke, and PF Luke Kornet. The Knicks hope Wooten can be next on that list. 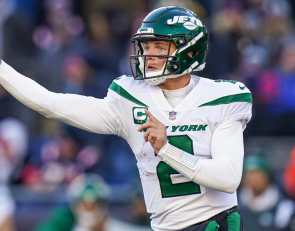 The Zach Wilson Era Will Be Over Soon in New York 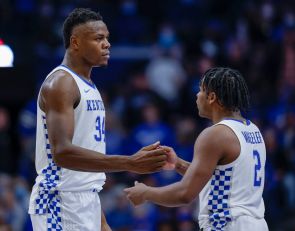