Houston, We Have a Sign-Stealing Problem

Houston, We Have a Sign-Stealing Problem

Sign stealing has been a part of America’s Pastime for generations, but it is now becoming an issue as technology plays a pivotal role in today’s game. It was only a matter of time before a team like the Houston Astros used this access to technology to devise an illegal sign-stealing scheme.

The problem with what the Astros did is they found out a way to immediately give the batter signs any time they wanted. Sign-stealing schemes that the Boston Red Sox are accused of and that many other teams most likely participate in are largely ineffective as it requires a runner on second base as well as a long relay to get the signs to the batter.

Someone in the replay video room, who has a live feed of the game, would have to signal to someone in the dugout either by a device or through a messenger, who would then signal to a player or coach leaning over the dugout, who then relays that information to the runner on second base, who then finally gives that information to the batter at the plate.

That is just far too long of a process to actually work. The sign would never get to the batter in time to actually make a difference in the game. The difference for the Astros is they completely cut out these middle-men.

In the 2017 season, it was proven that the Astros had a live feed of the game with a zoom in on the catcher’s signs outside the dugout. Someone would then bang a trash can to alert the batter at the plate of the pitch that was about to be thrown. This type of scheme is efficient and completely able to change the outcome of the game.

All of this is detailed in the Manfred Report, but what this report almost refuses to acknowledge is that the Astros may have elevated their scheme to include electronic buzzers that players wore on their chest that would buzz to indicate the incoming pitch.

The decision to vehemently deny any other sign-stealing schemes by the Houston Astros is one of the many flaws in the Manfred Report. After reading the 9 page report, it is clear that there was an agenda in this investigation to protect those still within the Astros organization by placing the blame on people no longer with the team.

Approximately two months into the 2017 season, a group of players, including Carlos Beltrán, discussed that the team could improve on decoding opposing teams’ signs and communicating the signs to the batter.

It is very troubling that this report indicates that a group of players were complicit in designing this sign-stealing scheme, but yet Carlos Beltran was the only one named. No other player is named in the investigation, and that is crucial considering Beltran no longer plays for the Astros. He was the New York Mets manager at the time that this report was released.

Why are other players left nameless in this report, while Beltran seemingly takes the full blame of this scheme? This was clearly done to protect players like Jose Altuve, Alex Bregman, George Springer, and Carlos Correa who very well could have played a crucial role in this banging scheme. This saves them from suspension allowing Houston to remain competitive in the 2020 season.

If this was a fair and balanced report, every player involved in the scheme would be named, and not just the one player who has since retired and who was the major league manager of another organization at the time of the investigation. This detail at the very beginning of the report outsets the clear agenda and bias that this report is supposed to be without.

Another major flaw with the report is it details that the Astros seemingly stopped stealing signs even though this scheme led to a World Series title in 2017.

The investigation uncovered no evidence that Astros players utilized the banging scheme in 2018. However, the Astros’ replay review room staff continued, at least for part of the 2018 season, to decode signs using the live center field camera feed, and to transmit the signs to the dugout through in-person communication. At some point during the 2018 season, the Astros stopped using the replay review room to decode signs because the players no longer believed it was effective. The investigation did not reveal any attempt by the Astros to utilize electronic equipment to decode and transmit signs in the 2018 Postseason.

Rob Manfred actually had the audacity to insult the intelligence of everyone reading the report by stating that the Astros actually made their sign-stealing scheme less effective and eventually ceased the operation even though this very scheme won them a World Series the year before.

That would be like if Apple decided to go in a different direction for the iPhone 12 by reverting back to a flip phone with no touchscreen capabilities before deciding to no longer sell cell phones altogether. It is completely asinine to think Houston would make their banging-scheme less effective and then completely stop it when it led to such success.

The very purpose of this statement is to make Alex Cora the fall guy for this scheme. Cora is guilty for what happened in 2017, but it is clear that the Astros did not magically develop halos over their heads once Cora left for Boston.

Manfred would have to come down more severely on the Astros if it was proven that they cheated beyond the 2017 season especially if they moved on to more advanced ways of cheating. This would prove that manager AJ Hinch and GM Jeff Luhnow were far more complicit in this scheme than they’ve let on, which is likely the case.

With the amount of sleuthing done by users on Twitter, it is clear that the Manfred Report is not the end of the Astros investigation. If the MLB does not re-open the case, it is likely that the US Congress will intervene.

Now I know what you are thinking, “doesn’t Congress have much bigger issues than to deal with cheating in baseball?” I do agree that they do, but Congress has a vested interest in the daily operations of the MLB that would allow them to intervene.

This would not be the first time Congress intervened in MLB affairs. Just like the Astros sign-stealing scheme, the MLB attempted to sweep their steroid scandal under the rug, but Congress stepped in so it would not disappear. It is likely that Congress would take a closer look at the Astros once they realize just how flawed the Manfred Report is.

This scandal could lead to the removal of MLB’s anti-trust exemption if they do not give into Congress, and there is a real possibility they could step in as the US Congress could use a slam dunk case right about now.

There needs to be an independent investigation done on the Astros sign-stealing shenanigans as there is more than meets the eye with this case. The Manfred Report’s aim was to protect the players still within the organization and to place the blame on those who have moved on to different clubs.

The Houston Astros did not stop stealing signs at the end of the 2017 season, so the punishment needs to fit the crime as this scheme goes deeper than what the Manfred Report chose to reveal. 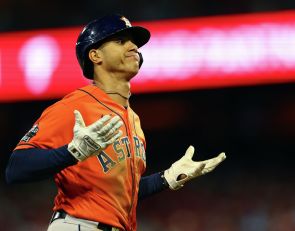 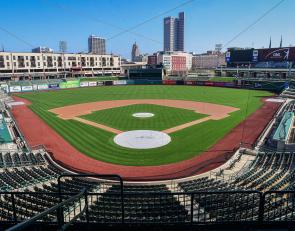 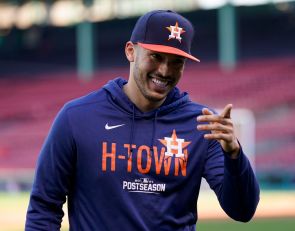 Carlos Correa Should Stay with the Houston Astros