Going into the season, the Arizona Coyotes and New Jersey Devils were in two different mindsets organizationally.

The Coyotes were seen as a middling roster hoping to prove something to the rest of the league, but were not seen as a threat. Meanwhile on the other side of the nation, the Devils made some off-season splashes in hopes of a playoff run.

​Now sitting close to the New Year, it seems the two roles have reversed. While the Devils off-season acquisitions of P.K. Subban, Wayne Simmonds, and first overall pick Jack Hughes had fans excited, it has not translated onto the ice.

Subban seems far from the elite defenseman he once was, Simmonds is having a poor season and doesn’t seem to be the 50-60 point player he was not long ago, and Hughes is brimming with potential, but isn’t yet the star many thought he would be upon entering the league.

All of this, plus a litany of other issues, earns you a disgruntled superstar in the last year of his contract in Taylor Hall, a head coaching change before Santa could even check your Christmas list, and being the bottom of the barrel in the Metropolitan Division.

On the other hand, the Coyotes are one of the NHL’s best storylines this season. General manager John Chayka’s offseason extension of goaltender Darcy Kuemper seems to have been a stroke of genius as the team is benefiting from the league’s best GAA(Goals Against Average) despite giving up the tenth most shots.

The Coyotes defensive efforts has led them to third place in the Western Conference only three points off of second place.

The biggest thing holding the Coyotes back thus far has been their offense. The Coyotes have good depth offensively, deploying the likes of Phil Kessel, who is having an off year but still has been productive, Nick Schmaltz, who is finally healthy and effective for the first time since the 2017-18 season when he was in Chicago, and Conor Garland who is leading the team with 12 goals in an improved second season.

Despite this, Arizona still sits in the bottom ten in GF/GP(Goals For per Game Played).  The team was missing a true superstar. A guy who can produce day in and day out and be the teams’ offensive leader, while taking the load off of guys like Kessel and Garland.

A little over a week ago, Chayka addressed this need when he swindled the Devils in a deal for the previously mentioned Taylor Hall. In return for Hall, a former Hart trophy winner, and Blake Speers, who is in the AHL, the Devils received a top three lottery-protected first round pick in 2020, a conditional 2021 third-round pick, and prospects Kevin Bahl, Nick Merkley and Nate Schnarr.

None of the pieces the Devils received were especially impressive. I’d definitely say New Jersey got quantity instead of quality.

Speers is definitely an afterthought in the deal, but in Hall, the Coyotes got the superstar they needed to take themselves to the next level and be a legitimate contender for the Stanley Cup. Albeit a small sample size, the trade seems to be a win-win for Hall and the Coyotes.

Hall has looked rejuvenated in the four games he has played for Arizona as he currently has a goal and two assists since joining the team. The Coyotes offense as a whole has looked better since Hall’s acquisition scoring 15 goals in the past four games including two five goal outbursts.

Time will tell how this trade pans out, but in this brief sample size, the Coyotes have been more than impressive and there seems to be more reason than ever for excitement in Arizona. 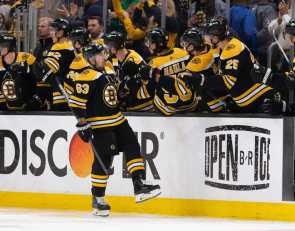 Winners and Losers of the New NHL Season 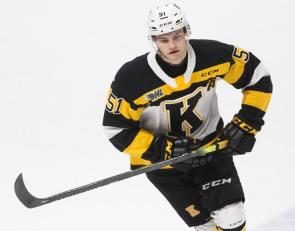 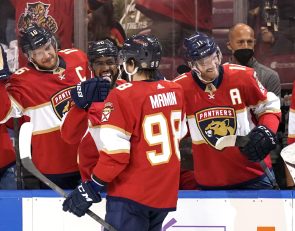