NFL Week 13 Picks Against the Spread

NFL Week 13 Picks Against the Spread

The NFL season is winding down with just five weeks of football left in the regular season. This is not the best week for football betting as there are a lot of match-ups that could go either way, but there are still some games that have plenty of betting potential.

I love the Seahawks in this game as the Vikings are a fraudulent team. They are 8-3, but they have faced a fairly easy schedule, while struggling to defeat teams with winning records.

The Vikings best player this season has been RB Dalvin Cook, but he will have issues in this game against this Seahawks defense that has a history of being very physical. Seattle’s run defense ranks 10th in the league allowing 101.5 Yds/G. There may be small gaps for Cook to run through, but this Pete Carroll defense will close those lanes fast.

The weather could play a factor in this game as well as it will be a chilly 40 degree Seattle night. Minnesota plays in a dome now, so their team may be less adept at playing in the cold. The Seahawks should be able to cover -3 points with ease.

Play of the Week

This game is not a lock for me, but it is still a match-up I like a lot. The Jets have won three in a row after getting embarrassed by the tanking Miami Dolphins. It seems like that game was a wake-up call for the Jets, which culminated in a 34-3 blowout win against the Oakland Raiders last week.

QB Sam Darnold has finally found a rhythm as he has thrown for 838 yards in the past three weeks, 280 Yds/G, with 7 TDs to 1 INT, while also completing 65% of his passes. Head Coach Adam Gase seems to be finally connecting with the 2nd year QB, which means he will have a great game against a Bengals defense that is in the back half of the league in terms of passing yards allowed per game.

The biggest disappointment for the Jets this year is Le’Veon Bell. The Jets signed the former Steelers RB to a 4 yr/$52.5m deal this past offseason, but Bell has yet to show that explosiveness he had in Pittsburgh. I expect that to change in this game as he is facing a Cincinnati defense that is last in the league in stopping the run allowing 166.3 Yds/G. This could be his first 100+ yard performance of this season if the Jets feed him the ball.

There is not much to like about this Bengals offense as AJ Green is still out of action. Andy Dalton has reclaimed his spot as the starting QB, but without a big body receiver like Green, the Bengals will struggle to pass the ball.

Joe Mixon has become the focal point of this Bengals offense, but he faces a Jets defense that is #1 in the league in stopping the run allowing only 78.1 Yds/G. Cincinnati’s offense will be stagnant in this game giving the Jets plenty of opportunities to cover a -3 point spread.

Bill O’Brien, a former New England Patriots assistant, is 0-5 in his career as a head coach against his former team. Bill Belichick seems to have his protege’s number, and this game should be no different.

New England’s offense has struggled throughout the majority of the season, but they showed signs of life against the Dallas Cowboy last week. There is a chance that the Patriots could have a healthy WR corps with Mohamed Sanu and Phillip Dorsett potentially returning from injury. These two being healthy would give a Tom Brady led offense more than enough weapons to succeed.

Houston is also hurting in their front seven after a few injuries, which could mean another big week for Patriots’ RB Sony Michel. A successful running game will open up the playbook for Belichick, which will help Tom Brady even more.

Leans of the Week

Here are some games that I like the potential of, but not enough to lay down a portion of your bankroll on. The three games I listed above are where you should place your bets, but these games are good if you have a little extra to bet.

S Derwin James will be active for this week, which will let the Chargers be a lot more physical on defense. James is also a playmaker and could be responsible for a few takeaways in this game.

The Broncos activated rookie QB Drew Lock off the IR, and it is likely that he will make his debut against the Chargers. I think this is a mistake as Denver should just let him sit on IR for the rest of the year and get him ready to play in 2020.

Drew Lock may not be 100% and also may not be ready to make his debut against a stacked Chargers defense that features Derwin James, Joey Bosa, Melvin Ingram, and Casey Hayward.

Philadelphia will have WRs Alshon Jeffery and Nelson Agholor as well as RT Lane Johnson return to action, but they will be without RB Jordan Howard, and TE Zach Ertz is currently listed as questionable. This Eagles offense is below average and should not score at a high enough rate even against this Miami team. 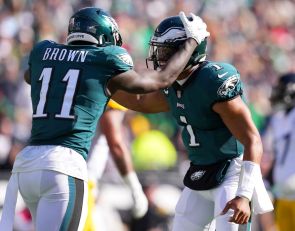 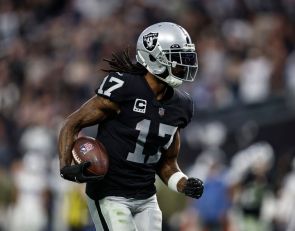