Three Reasons to Get Excited for the Upcoming NBA Season

Three Reasons to Get Excited for the Upcoming NBA Season

After a long off-season full of drama and changes, the NBA is finally back. With NBA season tip-off officially underway, here are the three reasons why old and new NBA fans can be excited about this season in the NBA.

Unlike previous seasons where the hype has been minimal, this season has brought with it a type of anticipation and wonder that has been missing in the league for a long time.

At first, I just wanted to dedicate an entire reason being Zion Williamson. The man has been dominant in preseason averaging 20 points, and has done so with amazing accuracy. The guy is just a mismatch nightmare, and if he can stay healthy, he will be incredibly fun to watch this season.

However, there are other players in this rookie class that look extremely promising, and who I can’t wait to watch play. Starting with Ja Morant. The man is a floor general with the ability to score anywhere on the floor.

Pairing Morant with Jaren Jackson will be an amazing combination that I cannot wait to play out this season. In addition, rookie players like Tyler Herro, RJ Barrett, and even Michael Porter Jr. could all have amazing seasons for their respective teams, which means this could be one of the best rookie classes we have seen in a while.

The NBA had an incredible off-season with many of the leagues major stars moving to different arenas all over the country. NBA fan are going to enjoy seeing many of their favorite players interact in their new environments and how each player will embrace their new role. It may not always work as presented on paper, but after months of anticipation, fans are excited to see how the product plays out on the court.

A few notable changes is AD in LA, Russell Westbrook in Houston, and Paul George and Kawhi Leonard as LA clippers. Even players like Mike Conley and Jimmy Butler moved on from their respective franchises to embark on a new journey with teams determined to compete.

Will all of these experiments work out on the court? If the past is any indication, many teams will fall short of their projections this season, but the anticipation of watching how each team ends up playing, and discovering whether or not their system will work is going to be something to watch for any avid NBA fan.

3. Legitimate parity in the league

The last and most important reason why this season should excite all NBA fans is that for the first time in a long time, there is true parity in the league. While people want to solely blame the Warriors for the extreme shift in parity, multiple super teams have dominated the competition throughout this era, which has defined this past decade.

Don’t forget that there was a reason why LeBron guaranteed a multitude of championships when he first entered Miami. After having one main team that the entire league is chasing, it is nice to finally have multiple teams in the mix this year. And even the frontrunners like the Clippers and Lakers are still not guaranteed a title or an appearance in the finals.

Like I mentioned before, fans and GMs alike are going to just have to wait and watch on the court for these games to play out. Yet the fact that we now have teams taking chances, compared to before where teams would essentially quit before the regular season knowing they had no chance beating super teams, is great for the NBA.

Overall, expect the unexpected this season, and regardless of the outcome, I’m just happy to say that basketball is finally back. 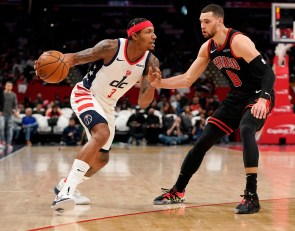 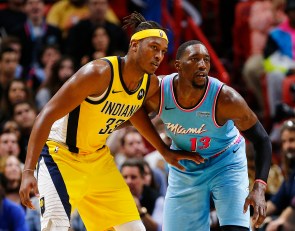