McIlroy is coming off a tough week at The Open, where he missed the cut by just 1 stroke. His first round was a disaster, opening up with a quadruple bogey in front of the hometown crowd, before parring the 2nd hole and bogeying the 3rd. He looked to be recovering with a couple birdies in the middle, but then went +5 over his final 3 holes to finish Round 1 with an 8-over 79. Perhaps he can use his courageous Round 2 performance as a springboard for this week, as he made 7 birdies and just 1 bogey to shoot a 65. Since this event is technically associated with the now-replaced Bridgestone Invitational (which was held in Akron, Ohio), Rory shares a great deal of success with this WGC tournament. He ranks 4th all-time in scoring average at 68.72 and is 3rd on the all-time money list. In fact, he has finished in the top-10 at this event in 6 of his last 7 starts here, including a win at the 2014 running. There is no reason to doubt his abilities either- he currently ranks 3rd in driving distance this season, along with the following scoring feats: 1st in eagle average, 3rd in birdie average, 2nd in overall scoring average, and 1st in 3 different strokes gained categories (notably- strokes gained: total). Expect a bounce back week for the #3 player in the world who sports 2 WGC titles.

If Koepka considers playing with nearly every player who ranks in the top-50 of the OWGR as a “major” tournament, then expect him to continue his momentum from this past week where he finished T4. He did play in the FedEx St. Jude Classic here at TPC Southwind each of the past 3 years, notably finishing T2 in 2016. But as mentioned last week in our Open preview, Koepka has failed to break inside the top-50 at a non-major since the AT&T Byron Nelson back in mid-May. As a long hitter, Koepka looks particularly attractive for a course like TPC Southwind in Memphis, which will be listed at just under 7,300 yards and sports numerous tough par-4’s that will require players to lay up and face long second shots into greens. Koepka ranks 2nd in par-4 scoring average and 10th in birdie or better percentage on those holes. Additionally, he ranks 1st in approaches 175-200 yards and 10th in >200 yards, which don’t sound too surprising coming from a golfer who is hitting greens in regulation at a rate of 70.7%.

Fleetwood was atop the leaderboard heading into the weekend at the Bridgestone invitational last season, so he definitely can handle the pressure of an elite field. Speaking of top players, Fleetwood has ascended to #13 in the world after finishing in solo 2nd place at The Open this past week. Besides Shane Lowry (who moved from 33rd to 17th), Fleetwood had the biggest jump in the OWGR of any golfer in the top-50 worldwide. Before this past week Fleetwood was not having a great season- he hadn’t finished inside the top-10 of a non-teammate event since THE PLAYERS CHAMPIONSHIP all the way back in mid-March. Last year he finished T14 at the Bridgestone, which jumpstarted the rest of his fantastic Summer/Fall, where he finished in the top-25 of every FedEx Cup playoff event and had a legendary Ryder Cup performance (with his best friend Francesco Molinari). He ranks in the top-20 in 3 different major strokes gained categories, including 12th in SG: total. Expect another strong performance after his great week at Portrush.

Rahm finished T11 at Portrush this past week, capping off an exciting major season in which (despite missing the cut at the PGA Championship), he finished in the top-15 at THE PLAYERS CHAMPIONSHIP, The Masters, the US Open, and The Open Championship. Coming in to Northern Ireland, Rahm had gone T3, T2, 1 (Irish Open) in his previous 3 starts- making him one of the hottest golfers in the world right now. The biggest change for the long hitter has been his approach and putting stats. Last season, he ranked 96th in SG: approaching the green and 147th in SG: putting. This season, he is 59th and 52nd, respectively. Couple those numbers with his impressive tee-to-green numbers (top-15 in 3 categories, including total) and Rahm looks destined to make a run at this week’s WGC and more broadly, at the 2019 Tour Playoffs. Rahm also has been steady on the course- he ranks in the top-40 in par-3/4/5 scoring average and each of their birdie/better percentages. \

DJ has so many indicators suggesting he is the favorite this week- even before you look at his stats on Tour this season. With his win at the WGC-Mexico Championship this year, he now holds 6 WGC titles, trailing only Tiger Woods for the most all time (Woods holds 18). He won the Bridgestone Invitational back in 2016 and finished T3 last season. Johnson also has a great history at TPC Southwind- he won the FedEx St. Jude Classic last year at -19 and in 2016 (his next previous start), he finished in solo 5th. DJ has certainly cooled off since his runner-up finish to Koepka at this year’s PGA Championship back in May, but he is still a force on the PGA Tour and plays well in crowded fields like the ones at WGC events. Coming off a disappointing weekend showing at Portrush, expect Johnson to come out of the gates aggressively on a track where he will be able to bomb drives high into the sky and hit wedges into many greens. 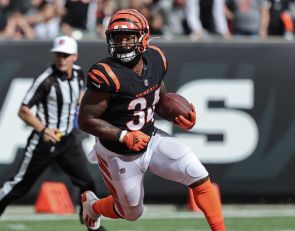 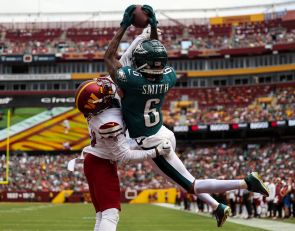 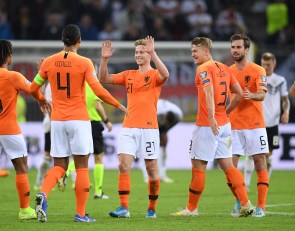