Im, a relatively unknown player playing his first full season on Tour, has quietly been on a bit of a hot streak since the middle of June. In his last 4 starts, he finished 7th at the RBC Canadian Open, T21 at both the Travelers Championship and Rocket Mortgage Classic, and this past week tied for 15th at the 3M Open. Since June 6th 12 of his last 16 rounds have been in the 60s, and he has moved up to 23rd in the FedEx Cup Rankings. Additionally, he sits 14th in the International Team rankings for the 2019 Presidents Cup (the top-8 qualify automatically). Im is 21/29 on cuts made this year with 6 top-10s, and he is 24th in SG: total, ahead of Tour veterans like Jordan Spieth, Marc Leishman, Louis Oosthuizen and Francesco Molinari.

The recent University of California-Berkeley graduate is off to a great start in his pro career, making the cut in all 4 of his starts. In June he finished T14 at the RBC Canadian Open and qualified for the US Open at Pebble Beach, finishing T35. A week later, he finished T36 at the Travelers Championship despite shooting a 3rd round 75. His best finish, and the reason why he made it to Power Rankings this week, came this past week at the 3M Open- where he finished T2. An impressive 68-66-64-66 week where he ranked first in birdies and 6th in greens in regulation amongst the field, the 22 year old is destined to be a stud on Tour for the long haul. Morikawa formerly was the #1 ranked Amateur in the world, and has an impressive trophy case- the 2016 Sunnehanna Amateur, the 2015 Trans-Mississippi Amateur and the 2013 Western Junior (the oldest junior tournament in the country- past winners include Rickie Fowler and Jim Furyk).

Since missing the cut at his only major start this season (the PGA Championship at Bethpage), Niemann has found his groove. In 6 events since then, he has never finished outside the top-31 and sports 2 top-5 finishes at both the Travelers Championship and Rocket Mortgage Classic. Niemann had a similar run last season in the Summer, when he had 5 top-25 finishes from the 3rd week in May to mid-July. At just 20 years old, he ranks in the top-50 on Tour in SG: off the tee, SG: approaching the green, SG: tee to green, and SG: total. Putting has been his kryptonite (he ranks outside the top-160), but this is a new course for everyone this week- so average putting might be good enough for a strong finish.

Wolff surprised many last week when he sealed a win at the 3M Open in stunning fashion, maneuvering through the greens like a veteran despite being just 20 years old. The John Deere Classic will be just his 5th start this season, but the Oklahoma State product is poised to contend once again at a tournament filled with inexperienced competition. Stats wise, Wolff doesn’t have enough rounds underneath his belt to qualify just yet, but his GIR numbers right now would place him at #2 on Tour, and he’d be tied for 11th (with Jon Rahm, ahead of guys like Day/Schauffele/Kuchar) in birdie average.

Per the PGA Tour: “Wolff, 20, became the ninth-youngest winner in PGA TOUR history and the first player under the age of 21 to win on TOUR since Jordan Spieth at the 2013 John Deere Classic. With the victory, Wolff earned 500 FedExCup points and is now eligible for the 2019 FedExCup Playoffs. Non-member FedExCup points he earned in previous professional starts are now official, giving him a season total of 502, well inside the top 125.”

Hovland has been on an absolute tear since the US Open in June, with 3 top-15s in his last 4 starts. His most recent tournament was the 3M Open last week, where he finished T13 and for the first time this season, shot 4 rounds in the 60s. In his last 8 rounds, he is 30 under par. He is slowly moving up the Official World Golf Rankings, and his stats are doing better as well. He ranked 4th in driving accuracy last week at over 80% of fairways hit, and had a GIR percentage of 84.7% (3rd best last week). 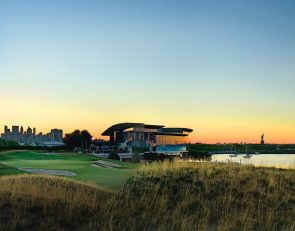 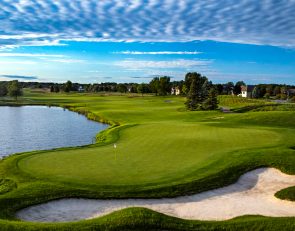 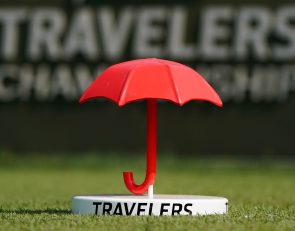