The New England Patriots did not have an easy road to the Super Bowl. They had to face some of the best pass rushers in football on the road to their sixth Lombardi Trophy. 41-year-old Tom Brady leads the Patriots’ offense, so it is important to keep him healthy and protect him from any dangerous hits. In the Patriots’ three playoff games, the offensive line only allowed one sack and seven QB hits. Teams could not get pressure on Brady, which is why the Patriots were able to win another Super Bowl championship.
In the divisional round, Joey Bosa and Melvin Ingram of the Los Angeles Chargers were limited to zero sacks and one QB hit, and the Kansas City Chiefs in the Conference Championship were also held to zero sacks and one QB hit. In the Super Bowl, the Rams did the most damage against Brady with one sack and four QB hits, but DPOY Aaron Donald and Ndamukong Suh were limited to zero sacks and one QB hit a piece.
The Patriots were successful because they took their opponent’s best defensive players out of the game. The offensive line of the Patriots stepped up big time, which may make you think that the Patriots built up their line similar to the Dallas Cowboys by spending first round picks on the offensive line, but that is not the case. All of the offensive linemen on the Patriots are mid to late round draft picks that were developed into the brick walls that they are today.
LT Trent Brown was originally drafted in the seventh round and was acquired from the San Francisco 49ers for a third-round pick (the Patriots also acquired a fifth-round pick in this deal). On the other side of the line, RT Marcus Cannon was selected in the fifth round by New England. LG Joe Thuney was selected in the third round, while RG Shaq Mason was a fourth-round pick. The biggest success story of this offensive line group is C David Andrews as he signed with New England as an undrafted free agent in 2015 and has gone on to start in three Super Bowls in his four-year career.
The Patriots have been able to draft and develop these under-the-radar talents and turn them into one of the most dependable offensive lines in the NFL. One man to thank for this is offensive line coach Dante Scarnecchia. Scarnecchia was the Patriots offensive line coach from 2000-2013. He retired after the 2013 season but returned to the Patriots in 2016 and he has been there ever since.  Scarnecchia has won five Super Bowls with the Patriots and he played a big part in Super Bowl LIII.
Aaron Donald is the best defensive lineman in the league, and the Patriots were able to keep him quiet thanks to Scarnecchia’s coaching. The Patriots double teamed Donald for the majority of the game, which neutralized the DPOY. Donald did find himself in two 1 on 1’s on the Patriots’ 4th quarter touchdown drive, but Joe Thuney held his own and kept Donald away from Brady. Scarnecchia’s coaching certainly played a big role in Thuney winning these matchups.
One reason why the Patriots were able to claim the sixth Super Bowl was because of the offensive line. They gave Tom Brady a clean pocket on just about every play and gave him ample time to throw the ball. Brady was kept upright, and the Patriots claimed their sixth Lombardi Trophy to tie the Pittsburgh Steelers with the most Super Bowl wins in NFL history. 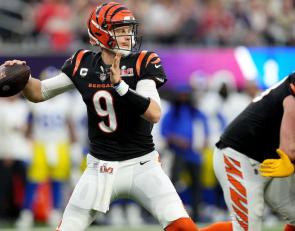 How Close Is Your Favorite Team To Winning Their First Super Bowl? 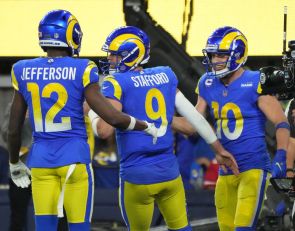 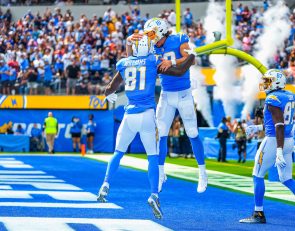 The City of Los Angeles is Charged Up