The Arizona Cardinals finished the 2018 season with a league worst 3-13 and hold the #1 pick in the 2019 NFL Draft. The Cardinals decided to fire head coach Steve Wilks after one season. This team went 8-8 in the 2017 season in a fairly competitive NFC West, but digressed in 2018. Steve Wilks should have been given more than one season in Arizona, but ownership and management might have expected more from this team.
Management also might not have liked the direction of Wilks’ offense. Josh Rosen made his debut in week 3 and had an uninspiring rookie season. He only completed 55.2% of his passes and threw 14 interceptions while only throwing 11 touchdowns. It was not a great start for the 10th pick in the 2018 draft, but his debut might have been rushed.
In the 2018 offseason, the Cardinals signed Sam Bradford to a 1 year/$20 million deal. When you sign a guy for that much, he is going to be your starter. It seems like the Cardinals wanted to do what the Chiefs did with Patrick Mahomes in the previous season. Bradford was going to be the starter for the 2018 season while Rosen sat on the sidelines and learned the offense and how an NFL game operates. Someone making $20 million should be at least serviceable, but Bradford did not do that. In three games, he had a 62.5% completion percentage, only threw for 400 yards and had 2 TDs to 4 INTs. 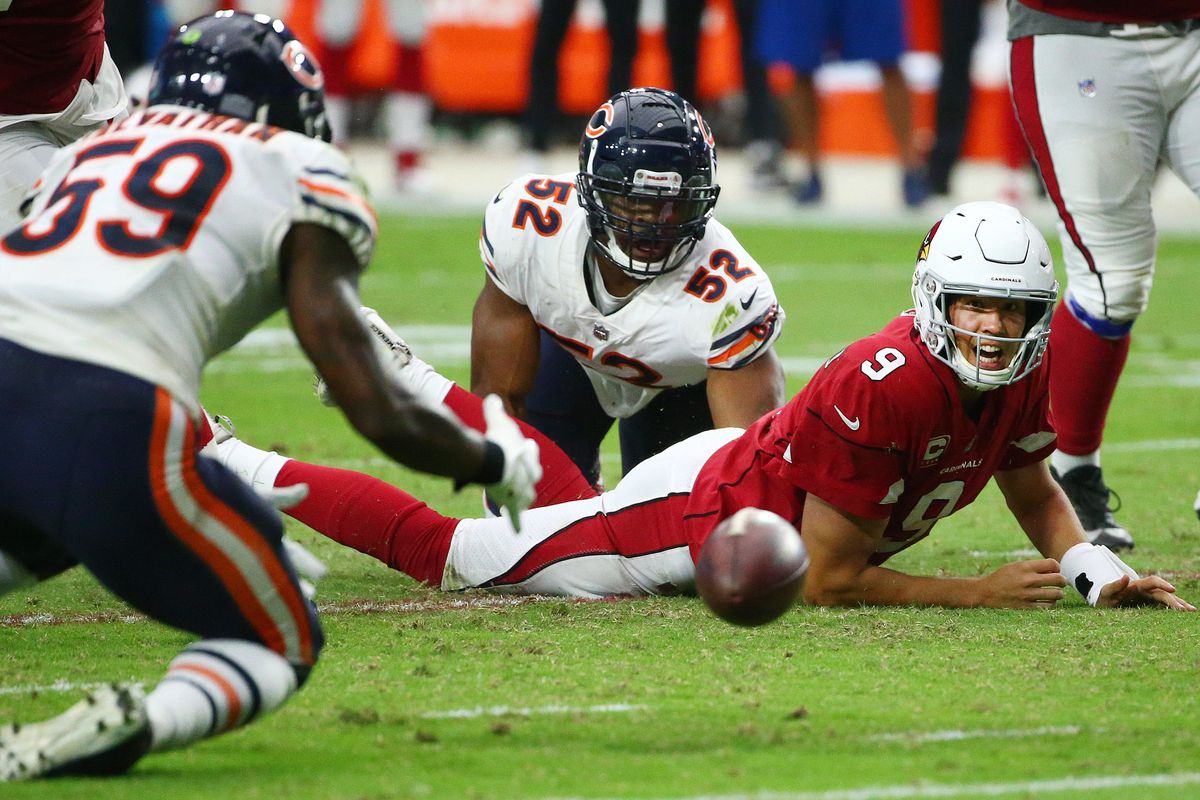 The Cardinals had to rush Rosen into the starter role because Bradford was playing poorly. Arizona was staring at an 0-3 start with Bradford at the helms and they wanted to make a change. They came a couple of games away from making the playoffs in 2017 and were now facing a disastrous start. This team thought they could make a run at the playoffs in 2018, but that was not the case.
The Arizona Cardinals have a talented team. They have David Johnson at running back, who is one of the league’s best when he is healthy. Larry Fitzgerald was returning for another season following a 109 reception and 1,156 receiving yard performance in 2017. The defense featured DE Chandler Jones, who led the league in sacks in 2017 with 17. The secondary was stacked with Patrick Peterson, Budda Baker coming off an amazing rookie season, Antoine Bethea, and Tre Boston. They lost Tyrann Mathieu in the offseason, but still got good play from their safeties.
The one hole on this team was the offensive line. It was ravaged by injuries and made it difficult for Josh Rosen to operate. Rosen was sacked 45 times in 2018, which ranks 7th in QB sacks. This is a team that could not pass the ball. Rosen only threw for over 200 yards in a game 4 times with his in-game high being 252 passing yards. Receivers had a career worst performance this season including Larry Fitzgerald who had the lowest receiving yards in his career with only 734 receiving yards. A lack of a passing game seems to be why this team failed.
Chandler Jones recorded 13 sacks, not as high as his 17 in the previous season, but still a great amount of sacks. Patrick Peterson made the Pro Bowl for the 8th year in a row, while the rest of the defense played at a good level including LB Haason Reddick. David Johnson rushed for 940 yards and had 446 receiving yards to go with it.
It is too early to give up on Josh Rosen, but his performance was not great in 2018. If the offensive line can stay healthy in 2019, you should expect to see an improvement in his play. It was premature for the Cardinals to fire Steve Wilks even though the team played considerably worse than they did in 2017. The Cardinals must not have liked the direction Wilks was taking the team and wanted to make a change while the team held the #1 pick in the draft. Wilks should have been given at least another season to turn the team around before a decision was made on his future.
Next year’s team will depend on Josh Rosen’s ability to throw the ball. It is very likely that the Cardinals will select Nick Bosa with the #1 overall pick in the 2019 Draft. Bosa will pair up great with Chandler Jones on the opposite side of the line. The Cardinals played great against the pass in 2018 but were last in the league in rushing yards allowed giving up 2,479 rushing yards. Nick Bosa should play a big part in improving the run defense. The Cardinals could climb out of the cellar next season, but Josh Rosen will be the deciding factor. 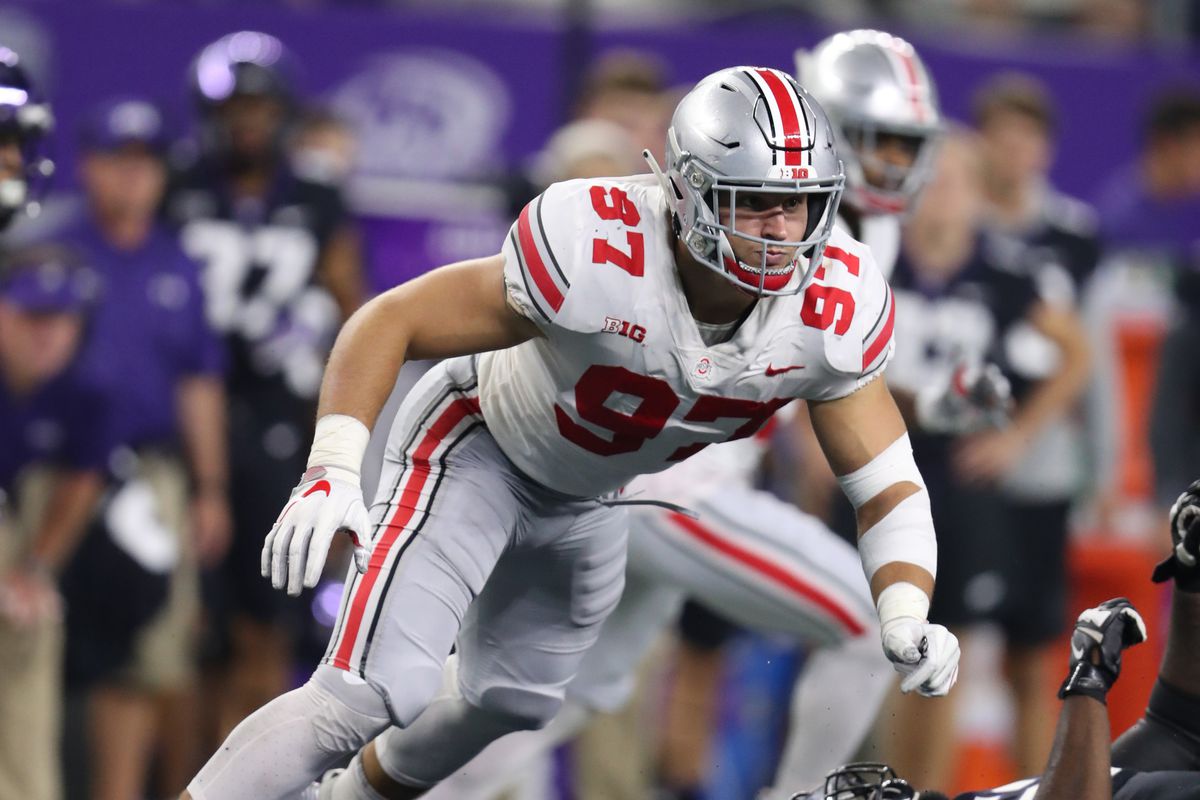 Coaches like Sean McVay and Matt Nagy inherited a QB when they took their jobs. They did not get to handpick who they wanted to be their guy. They built their offense around Jared Goff and Mitchell Trubisky and have been able to maximize their performance. The Cardinals will be looking to bring in a coach who can build an offense around Rosen and play to his strengths. 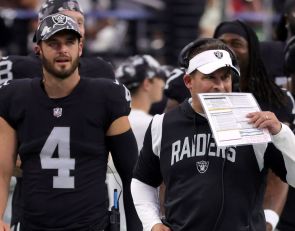 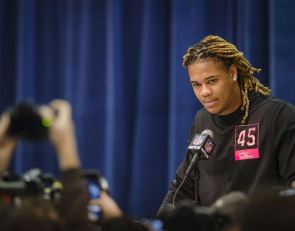 Washington Exploring Options with the #2 Pick 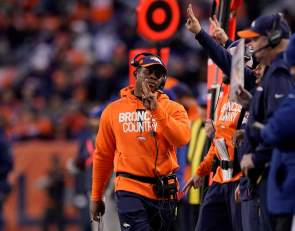 Breaking Down Every NFL HC Vacancy