The Los Angeles Lakers are coming off a pretty convincing loss against a Toronto Raptors team that was without Kawhi Leonard. The Lakers currently sit at 4-6 record in a very competitive Western Conference. Lebron James has made the playoffs every year since the 2005-2006 season, but this could be the year that snaps Lebron’s 13-year playoff streak. This Lakers team is simply not built for playoff success. 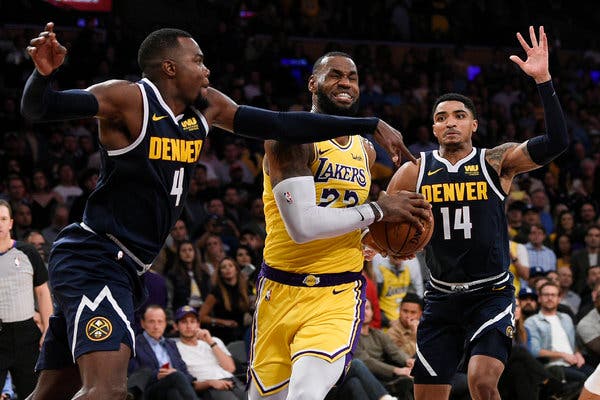 This is Lebron’s first year playing in the Western Conference and it is clear that this conference is much tougher than the East. There has already been a shakeup in the Western Conference this year as new teams have risen to the top and playoff contenders have fallen early on. The Houston Rockets, Utah Jazz, New Orleans Pelicans, and Minnesota Timberwolves all made the playoffs last year, but are currently sitting in the standings with losing records. All four of these teams have what it takes to string some wins together and get back into contention later in the season, which spells trouble for the Lakers.
Teams like the Denver Nuggets, Los Angeles Clippers, Sacramento Kings, and Memphis Grizzlies are all performing better than last year and could also compete for a playoff spot this season. It is going to be difficult for this Lebron James team to compete with the Western Conference with the way it is constructed now. There seems to be close to twelve teams competing for eight playoff spots.
The Lakers early start should not be blamed on Lebron James. The front office are the ones who are at fault here. This Lakers team is simply poorly constructed. It seems like they thought signing Lebron James would fix all of their troubles and they could just sign veteran free agents to fill the rest of the team. Lebron is just coming off a season where he had to carry a pretty terrible Cleveland Cavaliers team to the NBA Finals. At age 33, Lebron is not going to be able to carry another team to the playoffs especially after all the work he had to do last year. He is going to need a strong supporting cast if the Lakers want to get past Western Conference powerhouses like the Golden State Warriors.
Two weaknesses that this Lakers team does not have is size and youth. These two aspects were the downfall of the Cavaliers before the trade deadline last year, but this does not seem to be the case in LA. There are quite a few veteran players on the Lakers, but they also have young players such as Brandon Ingram, Lonzo Ball, Kyle Kuzma, Josh Hart, and Kentavious Caldwell-Pope to compliment the veteran cast. These five guys should provide the speed that a Lebron James team needs for a successful fast break offense. Size is also not an issue with 6’6” PG Lonzo Ball, 6’9” SG Brandon Ingram, as well as 7’0” JaVale McGee. The issue of this team lies in the shooting as well as defense in the paint. 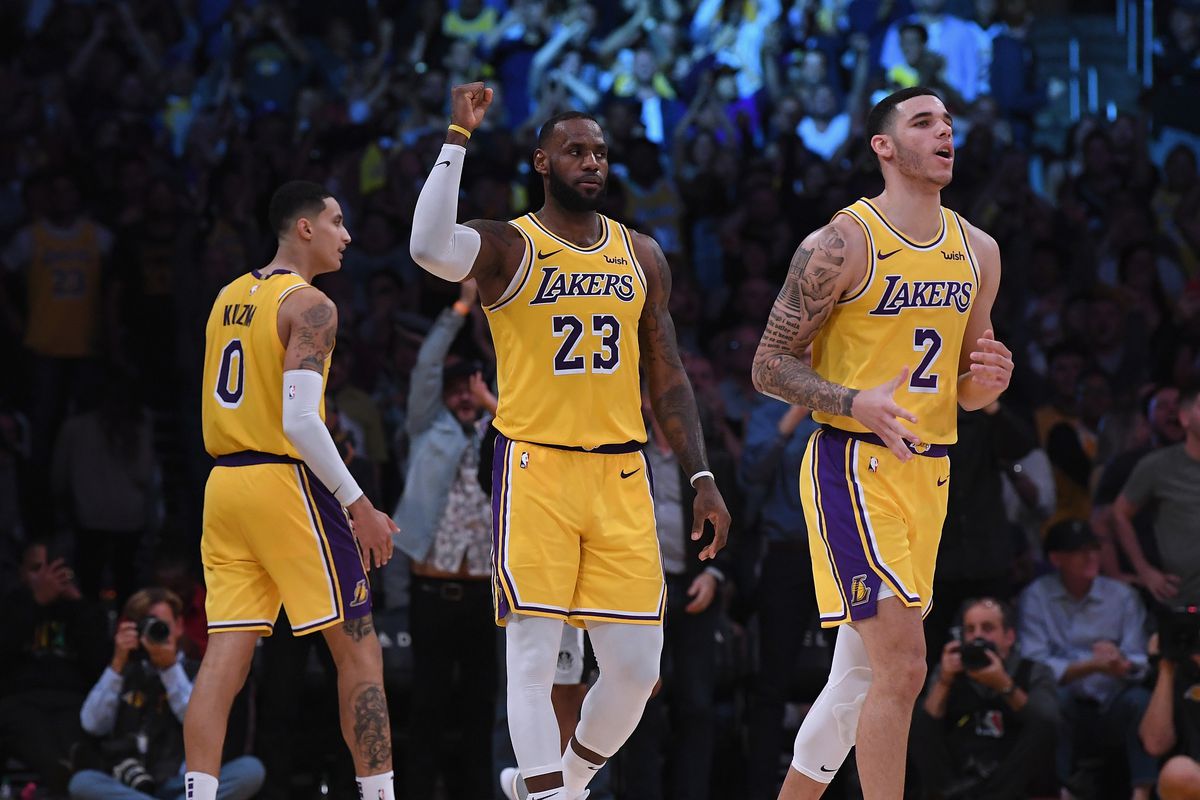 Three-point shooting is a big issue for the Lakers. One of Lebron James’ strengths is driving to the basket and that will typically draw defenders inside leaving shooters open for three pointers. He also has great vision, so he will always find the open guy. This Lakers team sits at 21st in the league in three point shooting this year with a 34.3% three-point percentage. In comparison, the 2015-2016 Lebron led Cavaliers that won the NBA Championhsip were third in the league in three-point percentage with a 37.2%. It is clear that a successful Lebron James team has shooters built around him, which is why the Cavaliers went out and got shooters like Kyle Korver and J.R. Smith.
The Lakers need to make some trades to improve the shooting success of the team. A potential trade partner could be the Brooklyn Nets who have a couple of three-point shooters. Spencer Dinwiddie is set to be a free agent this season and the Nets might make him available. He currently has a 43.1% three-point percentage and could be a great addition to the Lakers. The Nets might be interested in giving him a contract extension but may be wary of locking him up to a max deal. This could allow the Lakers to swoop in with a package to acquire him. Fellow Net Joe Harris is currently signed to a two-year deal and also has a great three-point percentage shooting 54.4%. The Nets are currently having a good season and could be playoff contenders in a weaker Eastern Conference but may be willing to part with these players for picks or younger guys with potential who will help build a better future. Another potential target is Justin Holiday on the Chicago Bulls who is on the last year of his deal. He is shooting 41% from three on the season and will most likely be made available with the Bulls currently in a rebuild. Lebron simply needs better shooting around him and these guys could be the fix.

The second big issue the Lakers have is allowing points in the paint. They are currently dead last is opponent points in paint per game with 59 points allowed per game. This is the result of not having a strong enough big man. JaVale McGee is the starting center for this team and that is not going to cut it. The Lakers need a strong defensive big man to help limit the scoring down low. 59 points per game is just too much to give up. Allowing that many easy points is not a winning formula. Tyson Chandler was signed to help fix this issue, but the Lakers could use another big man to fully stop this defensive breakdown.
Nikola Vucevic could be a good fit for this team. This 7’0” tall center is on an expiring deal and is making $12 million this season, but the Lakers could find ways to offset that in the cap. The Orlando Magic look to have their big man for the future and may be willing to move on from Vucevic even if they find themselves in playoff contention. The Magic will most likely let Vucevic walk in the offseason instead of paying him the salary that he will command, so the Lakers may be able to give them something useful to hang on to. Vucevic is not a strong defender as he sits in the middle of the pack of all qualifying centers with a 105.6 defensive rating. While this is not ideal, it is a slight improvement on JaVale McGee’s 106.7 rating and Vucevic would not be relied on heavily to start with Tyson Chandler also being brought in. The 105.6 defensive rating is not great, but there are not going to be many quality centers made available at the trade deadline this year. A lot of the good defensive centers are currently on contenders, so Vucevic’s mediocre defense might have to suffice if he is used in rotation. Chandler, Vucevic, and McGee are not the best defenders right now, but a three man rotation should help fix the issue instead of relying solely on JaVale McGee.
This Lakers team is not going anywhere right now with its current construction. Luke Walton should not take blame for this team, but he might end up being the scapegoat. It is very likely that Walton will be fired if the Lakers continue at their losing pace even though the front office are the ones to blame for the slow start. The Lakers thought signing Lebron James would fix all of their problems, but that has not proven to work out. Lebron needs a better cast around him. If the Lakers want to compete in the playoffs this year, they will need to make some moves at the deadline for shooters as well as good defenders down low. Lebron James is always capable of taking a team to the playoffs, but he is going to need a better team effort for that to happen. The Lakers can seek short-term help in an attempt to win this year, and then seek long-term help in the 2019 free agency to build a solid team around Lebron. 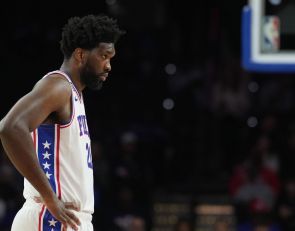