Breaking Down the Jimmy Butler Trade

Breaking Down the Jimmy Butler Trade

The Minnesota Timerbwolves have agreed to send Jimmy Butler and Justin Patton to the Philadelphia 76ers in exchange for Robert Covington, Dario Saric, Jerryd Bayless, and a 2022 2nd round pick. Butler requested to be traded before the season, and the Timberwolves finally found an adequate trade partner. The Timberwolves have limited Butler’s playing time up to this point in an effort to keep him healthy for an inevitable trade.
This is an interesting trade for both teams. To start off, Jimmy Butler has a player option for next year at $19 million. It is very likely that Butler would opt out in the offseason and test free agency as he could easily command a $30 million a year contract with the way free agency has gone in the NBA over the last few seasons. Butler was unhappy in Minnesota and was most likely going to opt out leaving Minnesota with nothing. Now the Timberwolves have players that could help them compete this season as well as compete in the future. Covington has three more years left on his deal and Saric has two more seasons before he is a restricted free agent, so Saric could be in Minnesota for five to six more years.
This is a pretty good deal for the Timberwolves. They did have an offer from the Houston Rockets on the table that would have sent four first round picks to Minnesota, but this is a safer trade. The Timberwolves know they are getting two reliable players with control on them who could potentially help the Timberwolves win while they still have Karl-Anthony Towns and Andrew Wiggins signed to deals. The Rockets trade would be a gamble as those picks could have landed in the back of the first round.
This deal would have been identical to the Nets/Celtics trade that sent Kevin Garnett and Paul Pierce to the Nets in exchange for future draft picks. The difference between that Nets team and this Rockets team is the Rockets have a core of players that could be in Houston for a while. James Harden is the franchise guy who plays at an MVP level and Chris Paul has a couple more years on his contract. This Rockets team is built for the future where that Nets team was in win now mode. The Rockets will be competitive for years to come, while that Nets team had a chance to drop into a lottery team. The Timberwolves most likely would have received four picks at the back of the first round, which is better than the nothing they would get for Jimmy Butler leaving in free agency, but this 76ers deal is a lot better and a lot safer. Minnesota knows the level that Saric and Covington can play at, so they are happy with the production that they should receive.
Jimmy Butler can create his own shots and that is exactly what the 76ers needed. From a talent perspective, Butler, Joel Embiid, and Ben Simmons are a great group of guys to have. The 76ers most likely made this trade knowing they could lock Butler up to a long-term deal in the offseason. If they fail to sign Butler to a long-term deal, this is going to be a really bad trade for them. Even with Butler, this team is not going to beat Golden State in the Finals this year. This new construction could get them out of the East over teams like the Raptors, Bucks, and Celtics, but they are still far off from being better than Golden State. If Butler leaves in free agency, the 76ers are going to be in rough shape in 2019.
It is hard to pick a winner and a loser in this trade. The Timberwolves had to trade Jimmy Butler and they got a good return for him. They are certainly not the losers in this trade as they at least got something for Jimmy Butler. They certainly lost the original Butler trade with the Bulls with the way Zach LaVine is playing right now, but they aren’t losers in this trade. It is unlikely that the 76ers could win the Championship even with Butler, so the test as to whether they lost this trade will come in the offseason. If they cannot sign Jimmy Butler to a long-term deal, then they lost this trade. In 2019, they would be without Butler as well as Saric and Covington, which would make it very difficult to win. On paper, the 76ers should have gotten better with this trade, but if Jimmy Butler cannot get along with his new team, the 76ers could have gotten worse. 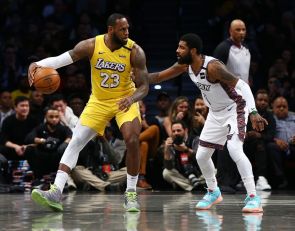 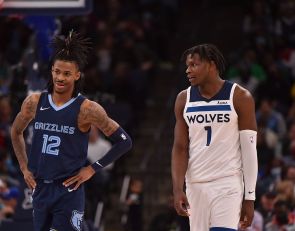 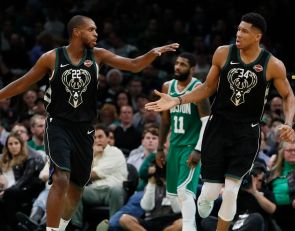