Thursday was the much anticipated season opener for LeBron James and his new Lakers team. For weeks this game had been teased about in all areas in the basketball community. Despite this, the Lakers wound up losing this game to the Trailblazers 128-119. While it is only one game, it provided many insights into the style of basketball the LeBron led Lakers will play in for this upcoming season.  While there are some insights still need time to develop (Lonzo Ball, and Brandon Ingram’s abilities) there were three major trends that Laker Nation can expect for the rest of the season. How effectively each of these concepts are fulfilled will determine whether or not this team is a contender. 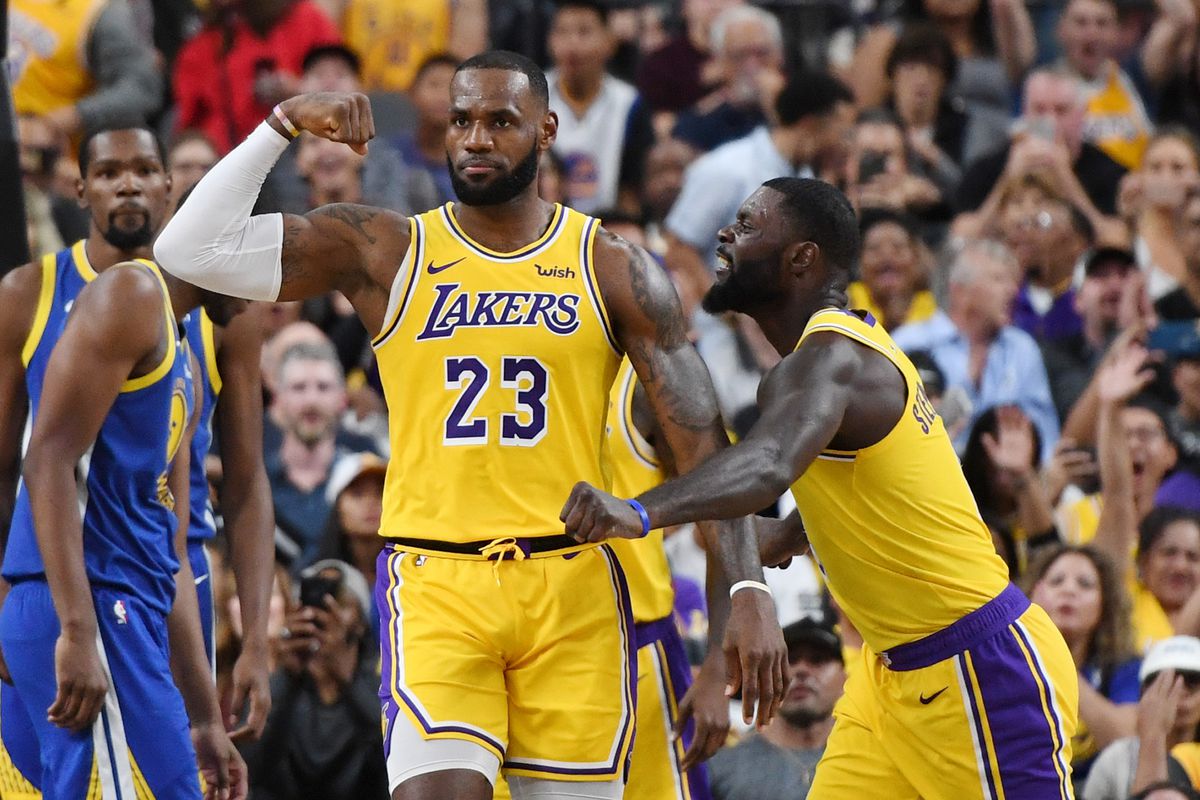 New Team, New LeBron
Every year it seems as the media questions whether this will be the year that LeBron Drops-off. If Thursday night was any indication of the upcoming season, it seems that not only is LeBron going to continue his reign as the best player in basketball, but he is going to alter his role in order to help his team succeed. Throughout the majority of the game LeBron was playing Off-Ball, and allowing his fellow teammates to initiate the offense. This allowed the most out of fellow teammate like Rondo and Stevenson, who both clearly demonstrated that they need the basketball in their hands in order to create plays. LeBron in this new system was still able to post a solid 26 points and 12 rebounds. I expect these changes to continue throughout the regular season, and more importantly I expect LeBron to thrive in this new environment. It is simply insane to imagine that after 16 season in the NBA, LeBron is still able to improve and alter his game. If LeBron continues to play this way, at a high level, this will help the Lakers get the most out of everyone in their team.

Shooting Struggles
The most obvious issue that the Lakers demonstrated Thursday was the lack of 3-point shooting. This issue should be no surprise considering the personal the Lakers have on their roster. The only true shooter they have on that team is Josh Hart, and while he will be a big piece, Hart is simply not enough to fill this major void. While I do not expect this team to be great from three, I order for this team to be successful they need to be descent in order to be considered viable in today’s game. To put thing in perspective, the Lakers were unable to make a 3 pointer in the first half and missed 15 consecutive three-pointers. While they kept it competitive against the Trailblazers, this inability to shoot will simply not work against the elite of the NBA. In the current Lakers set, there is no punishment from the opposing team doubling on drives to the basket. There were to many times that LeBron kicked the Ball out to another shooter for an open shot, and that shooter was unable to convert the basket. If the Lakers are unable to convert on these processions, then this will just close a lot of opportunities on their offense. I am not saying this team has to be a great 3-point shooting tea, because with this current line-up they will never be a great 3 point shooting team. Yet, if the Lakers are average, the can legitimately compete against in the west.

Defensive Strengths
All things considered one has to impressed with the defensive potential of this team. Many of their players are both long and able to defend a multitude of different positions. Guys like Rajon Rondo, Kyle Kuzma, and Lonzo Ball have great defensive prowess. Furthermore, JaVale Ghee has demonstrated an ability to fill the responsibilities of rim protector for this team. This ability to play defense falls directly into the Lakers desire to run on the floor. Not only will this team will be able to create easy offense through turnover, but the ability to force a missed shot will help in their fast break offense. If the rebound land to either LeBron, Rondo, Ball or Ingram, it will be immediately on to the races and more importantly easy points for the Lakers. However, this cannot happen unless the Lakers able to play consistent defense. While there is a high possibility that they will be able to become a top 10 defensive team, their are some weakness as well on that side of the ball. This includes a potential defensive liability in Brandon Ingram, and a lack of support against talented center.