A stacked field heads to Dublin, Ohio for the 43rd edition of The Memorial Tournament, hosted by Jack Nicklaus. Muirfield Village Golf Club was designed by Nicklaus in 1966, and held its inaugural Memorial Tournament in 1976. The current design is over 7,200 yards, with just over 70 bunkers and water coming into play on 11 of it’s 18 holes. The course has also hosted the 1986 U.S. Junior Amateur, the 1987 Ryder Cup Matches, the U.S.G.A’s 1992 United States Amateur Championship, the 1995 Wendy’s Three-Tour Challenge, the 1998 Solheim Cup and the 2013 Presidents Cup. Muirfield and The Greenbrier in West Virginia are the only courses to have hosted both a Ryder Cup and Solheim Cup. It’s accolade list is impressive as well- as it has consistently been named Ohio’s best golf course and regularly ranks inside the top-20 best courses in the United States. The course was named after Nicklaus’ famous 1966 British Open victory at Muirfield in Scotland.
The buildup this week has centered around preparations for the 2018 US Open, which will be held in Southampton, NY at Shinnecock Hills Golf Club, as well as the upcoming PGA Tour schedule overhaul for 2019. In August of 2017 the PGA of America and the PGA Tour announced that the PGA Championship, traditionally golf’s last major, would move to May. In doing so, the Players Championship, which was touted as golf’s 5th major, would move to March. PGA of America Chief Executive Officer Pete Bevacqua said that the move would help engage recreational golfers earlier in the season- especially following publicity from The Masters in April.
“We are excited about this move to May. It provides our PGA Championship a strong landing spot on the calendar and a consistent major-championship rhythm that golf fans can embrace. For nearly 85 percent of our Membership, May is also on the front-end of the golf season. This date change will allow them to engage new players and introduce various Growth of the Game initiatives entering the heart of the golf season across much of the country.”
The deal was met with opposition, especially from tournaments in between majors that might see reduced participation from highly ranked players. Skeptics also argued that following the British Open in July, there’d be a considerable drop off in high stakes golf till the FedEx Cup Playoffs in mid to late August. Jack Nickalus faced questions about next year’s schedule change earlier this week, saying he wasn’t concerned with major shuffling because the Memorial will always be a great tune-up for the US Open.

“Sitting two weeks after the PGA Championship and two weeks before the U.S. Open, I can’t imagine anybody who really is serious about wanting to win the U.S. Open not being here. I mean they’re going to have to play golf some time and I don’t think, of course that’s just me, I never liked to play the week before or the week after. So the Memorial Tournament sits in a great spot. We’re still in the same place we were, and the Tour’s respected our wishes and worked with us on the scheduling,” Nicklaus told reporters earlier this week. The Golden Bear also mentioned that several big European players aren’t playing in Ohio this week because they’re teeing it up at the Italian Open, which holds some significant Ryder Cup points up for grabs. Notables like Tommy Fleetwood (11th in the Official World Golf Rankings), Alex Noren (17th), Francesco Molinari (20th), Tyrrell Hatton (22nd), Rafa Cabrera-Bello (25th) and Ian Poulter (27th) will all be in Italy this week, despite several of them teeing it up at Muirfield in 2017. 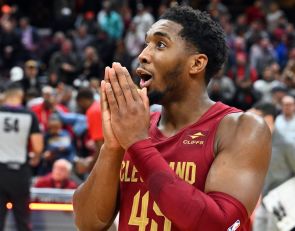