Following Friday’s mass shooting at Santa Fe High School, which is less than an hour away from Houston, Texans Defensive End JJ Watt has committed to paying for the funeral services for all 10 victims of the tragedy. ABC 13 reported late Friday night that Watt will personally pay for the funerals of 9 students and 1 teacher who were killed on Friday morning.
Watt tweeted this shortly after reports began coming in from Santa Fe High School:

Watt’s charitable nature has been present in the Houston area ever since he was drafted in 2011. Most notably, he raised over $37 million from nearly 210,000 donors this past Fall after Hurricane Harvey. After closing the fundraiser in September, in which he originally had just a $200,000 goal, he said, “There are not enough words to thank you all for your generosity… If there is one thing that I have taken away from these last few weeks, it is the reassurance of how much good is out there in our world. When times are the toughest, humanity stands at its strongest and you have all helped to prove that emphatically.” Celebrity donors from the event included Jimmy Fallon, Drake, Ellen DeGeneres, and Houston Rockets guard Chris Paul. The JJ Watt Foundation has also provided over $4 million in funding for middle school athletic programs and organizations, according to it’s website.
The Houston Texans released the following statement: “On behalf of the Texans organization, we are saddened by the tragic events at Santa Fe High School this morning and extend our thoughts and heartfelt condolences to the victims, their families and all those affected. We are grateful for the brave first responders, law enforcement officials and medical personnel. The Texans family will continue to pray for our neighbors.”
Chris Paul spoke to reporters at the Rockets facility in Houston. “First and foremost, aside from the playoffs going on, which is minor compared to what is taking place down in Santa Fe, Our prayers going out to the victims and the families having to deal with that situation. We have a lot of fan support there. Those people come out and support us night in, night out. This is minor compared to what those people are dealing with.”
The Houston Astros released a statement saying that a moment of silence would be held before their game against the Cleveland Indians, coincidentally the same nickname as Santa Fe High School. Astros manager A.J. Hinch said this to reporters before Friday’s game, “I knew that was going to be the first question, and obviously, we offer our condolences. But to be honest with you, it makes me angry,” Hinch said in his pre-game press conference. “I’m tired of talking about these situations. I know you guys have to ask and we have to respond, but it’s heartbreaking. Again, another senseless act of violence in our schools.”
The 17-year-old suspect, Dimitrios Pagourtzis, is in police custody and is charged with capital murder and aggravated assault of a public servant. A second person of interest has also been detained. It is believed that Pagourtzis used a shotgun and .38 revolver to carry out the attack; additionally explosive devices were found on and off campus. President Donald Trump ordered that flags be flown at half-staff as a sign of “solemn respect” for those affected by the tragedy. The order applies to the White House and all public buildings and grounds, military posts and naval stations and vessels, as well as at U.S. embassies, consular offices and other facilities abroad. The flag atop the White House was immediately lowered on Friday.
The President’s Twitter account posted the following statement and video: 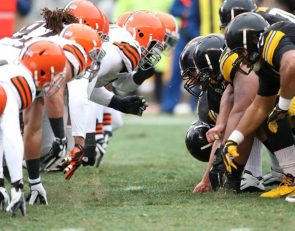