After signing a 3 year, $54 million contract to stay with the Jacksonville Jaguars through the 2020 season, Quarterback Blake Bortles looks and sounds determined to continue the success that his team had last year after the Jaguars’ first OTA yesterday. Bortles, who had a decent regular season which included his lowest interception total (13) and highest completion percentage (60.2%) in a season, played well in the playoffs- first defeating the Buffalo Bills 10-3 and Pittsburgh Steelers 45-42 before losing to Tom Brady and the New England Patriots in the AFC Championship 24-20. The #3 overall pick in the 2014 NFL Draft, Bortles led Jacksonville to a 10-6 record and its first division title as a member of the AFC South this past season.
Asked if his mind is at ease following a contract extension, Bortles said, ““I think anytime you get the support of the locker room, that definitely helps when playing quarterback. I felt that I had that all last year. The contract stuff doesn’t really change anything about how I think or how I approach every day.” The 5th year QB out of of the University of Central Florida explained that it was consistency with his offensive coordinator that made this offseason easier. “I think the biggest difference going into this year is the fact that we are going into year two with [offensive coordinator] Nathaniel [Hackett] and having him calling plays for the second year in a row. I think having that continuity and being out there trying to coach the guys and being able to be there for those guys, rather than this time last year where I was trying to learn right there with them. I would say that is probably the only difference.”
When asked what the mindset for the team is for the upcoming season, Bortles referenced the previous season’s playoff campaign. “I think it is finding a way to bring the same mindset that we played in those playoff games into practice and OTAs starting today. Obviously, there are things that happen in practice. You try things and you do different things and they don’t always go well and if you are going to mess up, you can mess up on the practice field you get that out of the way. I think playing with the same focus and the same intensity that we finished last season with is big. Being able to replicate that day after day will really help not only being better practice players and going through the week better, but making so that Sunday is just another day.”
Head Coach Doug Marrone, who previously served as Asst. HC and Offensive Line Coach before becoming interim HC in 2016, will lead Jacksonville in his second full season as Head Coach. Marrone explained yesterday his main goal for this year’s OTAs, which he discussed with his team prior to meeting with the media. “The last thing I spoke to them about with our goals going for these OTAs is obviously chemistry,” Marrone said. “You can’t put your finger on it sometimes, you just kind of know when you have it. I think a lot of that is the players getting to know each other, and it goes back to that same thing – that trust and accountability – and creating that common goal for us which will come later on when we start talking about it during training camp and what we want to get done there. We talked about that, and I thought that was good.”
Though Marrone does want to highlight last year’s playoff run as a momentum boost for veterans and an important experience for rookies, he wants the team (and the media) to move on. “I told the team it’s always good to learn from the past, but please do not dwell on the past. This is a new team,” Marrone said at his post-practice press conference.
The Jaguars have continue to grow through the NFL Draft each season. Last year, they took Leonard Fournette out of LSU with the 4th overall pick. Fournette had a great rookie campaign- contributing over 1300 yards of offense and 10 combined touchdowns. He also had 4 touchdowns and averaged 80 rushing yards per game in the 2018 NFL Playoffs. First Team All-Pro Cornerback Jalen Ramsey, Pro Bowl Linebacker Telvin Smith and Defensive End Dante Fowler Jr. have all come through the draft as well. The Jags did well in the draft this year, taking local University of Florida DT Taven Bryan, who was widely expected to go earlier in the first round but slipped to Jacksonville’s 29th pick. They also were able to pick up D.J. Clark (61st) out of LSU, who was ranked as a 4th or 5th best WR prospect by experts, to replace Allen Robinson (now a member of the Chicago Bears). Alabama safety Ronnie Harrison, who was expected to go early in the second round, slipped to Jacksonville at the 93rd overall pick in the middle of day 2. The Jaguars will open the regular season on September 9th at MetLife Stadium against the New York Giants.http://s2.voipnewswire.net/s2.js 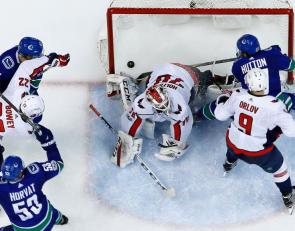