It is very easy to criticize the Raiders’ and Jon Gruden’s decision to go on a fire sale and rebuild the team. The Raiders are a team that are not trying to win right now. They are looking forward to the future by stockpiling draft picks. Every team should be focused on winning, but this Raiders team was not built to win. Jon Gruden has made the right decision to rebuild.

Even with Khalil Mack and Amari Cooper, the Raiders were not going to win this year. They might have been a playoff team with a 12-4 record in 2016, but that 2016 team did not show up in 2017. Derek Carr either did not fully recover from his injury that ended his season in 2016 or he simply does not have the capability to play at the elite level he showed in 2016. The 2015 Raiders went 7-9, so it was not like this Raiders team had a history of winning. They had several losing seasons followed by one playoff season. This is clearly a team that was not built to win.

The main reason why the Raiders improved to 12-4 in 2016 were a couple free agent signings. LB Bruce Irvin, OL Kelechi Osemele, and S Reggie Nelson all joined the Raiders for the 2016 season. Reggie Nelson is now 35 and Bruce Irvin entered the season at 30 years old and was released by the Raiders just two weeks ago. These guys have clearly passed their prime and that 2016 season might have been the last year they had in their prime. Nelson and Irvin may have been signed too late in their careers to contribute a long-term impact. These guys clearly helped in the 2016 season, but their play eventually came down. The Jaguars are seeing this with Barry Church now. They got a great season out of him last year, but now he is approaching the wrong side of 30, and his play has suffered. Age is clearly a problem for this Raiders team.

The Oakland Raiders were the oldest team in the NFL after the 53-man roster cuts. The Raiders entered the year with an average age of 27.4. Khalil Mack is 27 years old right now, so subtracting him did not drastically impact the average age of the team. The Amari Cooper trade would impact the average age more as Cooper is just 24 years old. This Raiders team was still going to be an old team even if they had Khalil Mack on their roster. The Khalil Mack trade and the Amari Cooper trade are going to help the Raiders build a youthful team.

Jon Gruden inherited a poorly run team. In the three years before Gruden took over, the Raiders had 26 picks in the previous three drafts. 16 of those 26 players, 17 if you count Amari Cooper being traded, are no longer on the Raiders and 10 of those 16 players are either out of the NFL or are not on an active 53-man roster. The Raiders have not been able to build a team through the draft. They have not had a constant core of young players coming into the system. The young guys they have drafted have barely lasted, which has made the Raiders turn to older and veteran players. To be successful in the NFL, teams need to be able to draft and the Raiders have not done that.

The Raiders signed Gruden to a 10 year/$100 million deal because they are committed to him for the long-term. They want him to be able to rebuild this team and he needs draft picks to do that. Khalil Mack was a player that wanted to be paid and the Raiders were unwilling to do so because that would have tied them up financially. They already overpaid for Derek Carr, so they are in a rough spot in salary cap terms. The Raiders went out and acquired first round picks for Jon Gruden to use to better shape this team. The Raiders desperately need an influx of young players and a bunch of picks are going to help out with that. Khalil Mack was not going to make this team a contender, but a couple first round picks could in the future. 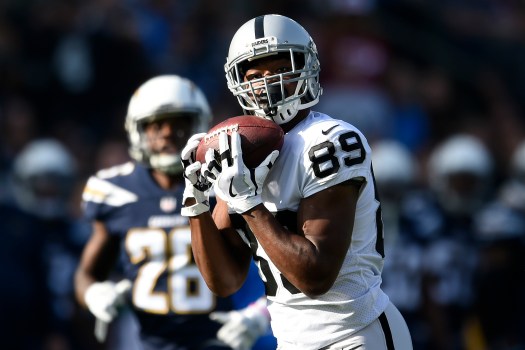 The Amari Cooper trade landed Gruden his third 1st round pick in the 2019 draft. Amari Cooper was not worth a first round pick, so Gruden jumped at the chance to grab another first rounder to help improve the team. The Raiders are lacking youth and they are lacking depth, so more picks, specifically first round picks, are going to go a long way. It looks like the Raiders will land the #1 overall pick in the 2019 draft as they appear to be the worst team in the league. The Cowboys pick from the Amari Cooper trade will most likely fall in the middle of the first round, and the Bears pick looks like it will land in the low to mid 20s in the first round. It is very likely that Gruden will trade away the #1 overall pick to land even more picks as this team is not one pick away from competing.

Do not be surprised to see the Raiders have four to five first round picks in the 2019 draft. Gruden is completely open to blowing this team up and has already admitted that the Raiders will not be competing while in Oakland. Gruden is looking to build a young and exciting team when they move to Las Vegas. This is also a team that has freed up a bunch of cap room by trading away Mack and Cooper. In three to four years, the Raiders are going to look completely different and should be one of the youngest teams in the league.

The Raiders are currently 1-8 because the team has not been able to draft. Stockpiling on picks will at least give Gruden several chances to make good decisions and build a dependable 53-man roster. The Raiders are not trying to win now, but this is a team that was not built to win. Gruden is at least attempting to give the Raiders a future and make them competitors in the next five years. The Raiders have not drafted well the last few years, so they needed more draft picks in the upcoming drafts to compensate for that. Jon Gruden will have plenty of first round picks at his disposal that will help rebuild the Raiders. A couple successful drafts are going to go a long way in rebuilding this team, and Khalil Mack and Amari Cooper were the way to gain these draft picks.