When LeBron announced that he was going to take his talents to LA there was a lot of mixed reactions. While many believed LA would improve from their previous record, skeptics were unsure of the King’s overall impact. The team was also unsure how LeBron was going to gel with a young core that had been assembled by GM Rob Pelinka and President of Basketball Operations Magic Johnson. The Lakers have many players that like having the ball in their hands (Lonzo Ball, Kyle Kuzma, Rajon Rondo, Lance Stevenson), but so does LeBron, especially in the 2nd half of his career where he has developed a point guard mentality.  With the season approaching the midway point, and the Lakers playing with LeBron in and out of the line-up due to injuries, let’s make an evaluation of the King’s impact on the Lakers so far this season. 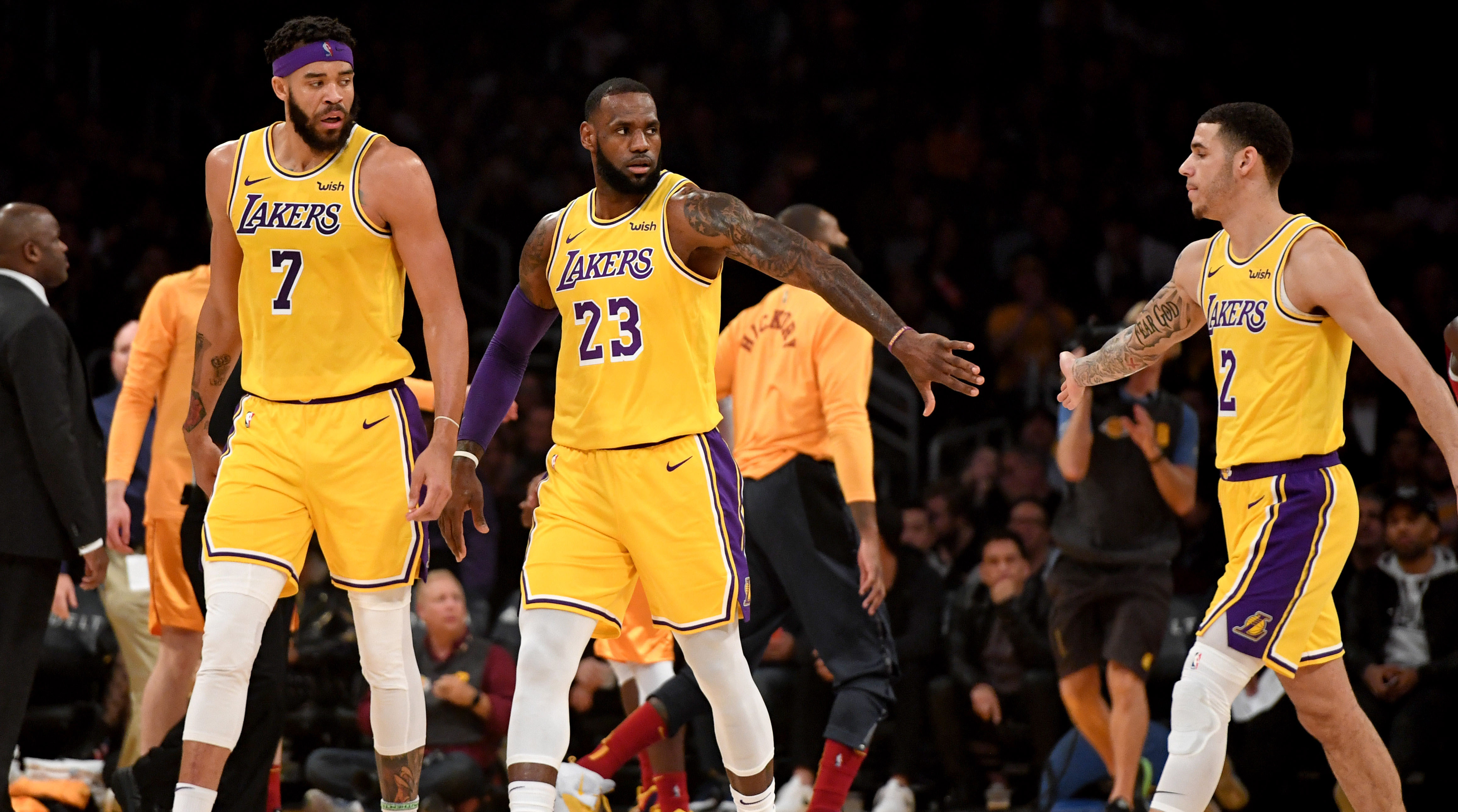 Prior to LeBron leaving the team due to injury the Lakers had a 20-14 record. This record was easily one of the best in the Western Conference. To put it in context, most teams are trying to imitate the Golden State Warriors’ playing style. This means shooting a lot of three pointers and playing small-ball. The Lakers under Luke Walton in contrast are playing a very different style of basketball based on versatility and pace. The LeBron-lead Lakers essentially focus on giving everyone a chance to make plays with the ball. While they only have one true shooter in Josh Hart, it never seems to matter as many of their players can create their own shot like Rondo, Kuzma, and Ball. LeBron has seen a dip in assist numbers, where he went from averaging nearly 10 dimes per game over the past 2 years to just 7.8 assists per game this year- allowing guys like Rondo and Lonzo to handle facilitating responsibilities as he focuses primarily on scoring.

They also play the game with one of the fastest tempos as the Lakers rank 3rd in terms of pace. This is incredibly helpful as many of their shots come from easy and efficient fast break layups or dunks. This has also put a lot less presser on LeBron, as he does not need to be the one always pushing the pace and allows him to focus on scoring. In spite of the positives mentioned previously, the Lakers still have a lot of improvements to make before they can compete against the elite teams in the West. The biggest glaring issue is a dependence on LeBron James. While they were able to beat the Warriors on Christmas without LeBron in the second half, since that win the Lakers have been 1-4.  Rondo has been out as well, though it is clear that the Lakers are still heavily reliant on LeBron’s scoring ability.

The second major weakness is that they have don’t have enough three-point shooters. While Josh Hart, Lonzo Ball, and Caldwell Pope have shown improvements, they still rank 22nd in the NBA in 3-point percentage. Overall, the King’s current “Reign in LA” has been impressive. He has made the team into a legitimate playoff team amidst the stacked Western Conference. Yet at the end of the day, a King is only as good as his subjects. If they want to be a legitimate contender with this style of play, they need more production from everyone.