In the beginning of the NBA season, fan bases tend to overreact when their teams are not performing as well as they should be performing. This is happening right now with the Houston Rockets. The fact is that the Houston rockets. After starting the season 3-5, many people claim that this Houston team is no longer going to be able to compete for a championship. In this article I will discuss why Houston fans should not over react, but will also discuss a very legitimate concern that may plague their entire season.

To be very blunt, the circumstances surrounding the rockets these first few games have not been ideal. To begin with, they have had a pretty tough schedule playing against solid teams like Utah, Portland, and New Orleans. To put insult to injury, Chris Paul could not play in two games (both ending in a loss), and James harden was out for another 3 games (resulting in two losses). In total, the rockets have not had either Harden or Paul in 5 games, which lead to four of their six current losses. When the Rockets are fully healthy, they have both a winning record and a more dynamic offense. In games where either Paul or Harden has been injured, they have only averaged around 103 points per game as a team. When both players are playing, that number jumps up to 110 points per game. While it may not be as explosive as it was last year, their offense is not nearly as bad as the offense numbers would have you believe. Overall, considering the new piece they added with Carmelo, I would not worry about the current offensive struggles at this point of the season. Chis Paul and James Harden are 3 of the games best playmaker and will lead help push the offensive numbers of this team. Therefore, fans should not be concerned with the offense or the overall record of the team, as both will improve by the end of the season. There is however, one big problem that Rockets fans should be concerned about. 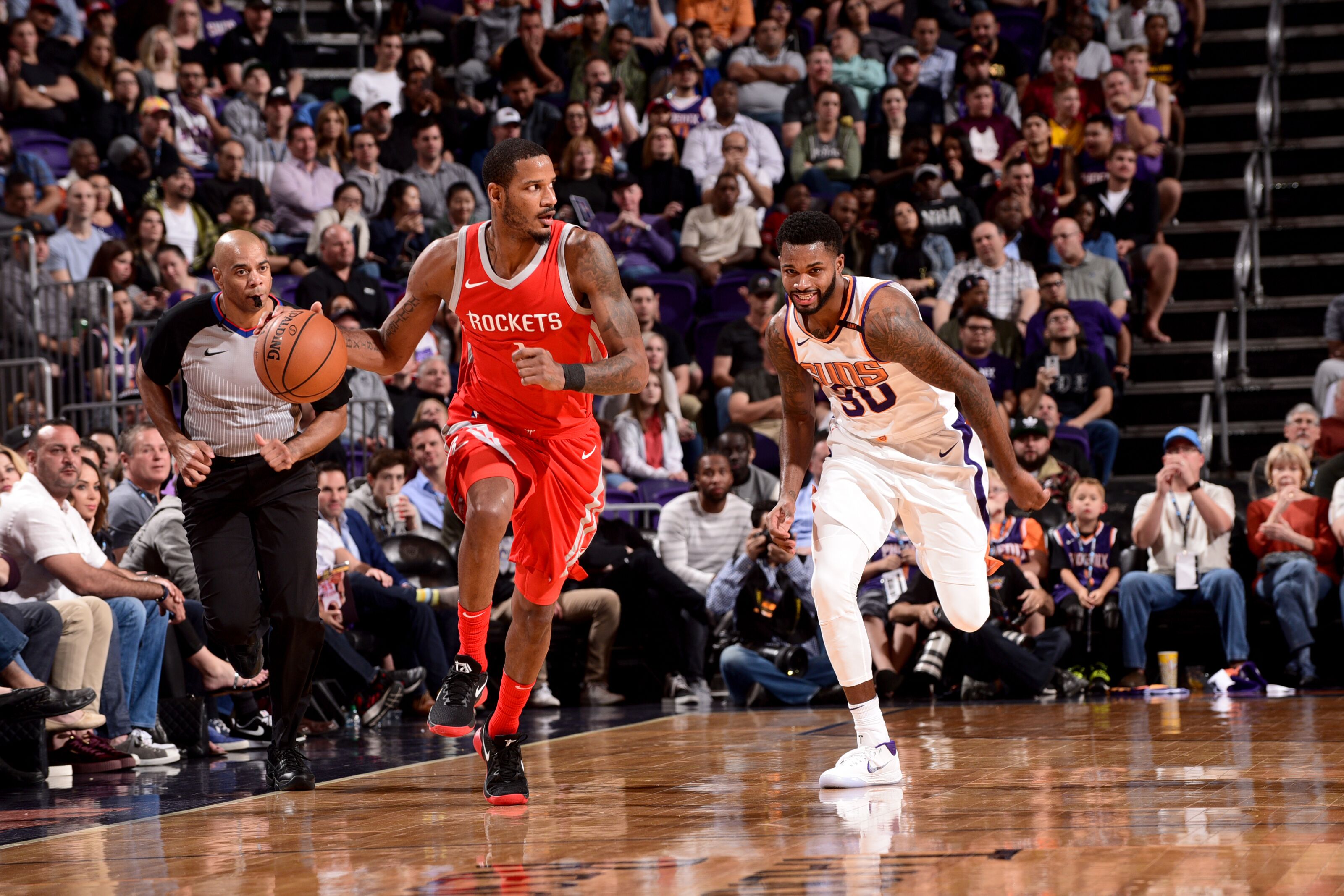 The one piece that has been concerning this season is the rockets defense or simply their lack of defense. Say what you will about the rockets last year, but at the end of the season, they ranked as the 7thbest defense in the league. Currently, they are the 21stranked defense and are unable to reliably stop any opposing offenses. This is clearly due to the loss of Trevor Ariza, and Luc Mbhah a Moute. And what makes this situation more concerning is that it does not appear that this situation is going to be resolved anytime soon. Even with Harden, and Paul back, the Unless they trade for a solid defensive player, they will be vulnerable to many of the high-powered offenses in the league. This will also put a lot of pressure on the Rockets offense to continually score. If the rockets are unable to solve these defensive issues, there is little chance that they will be able to make significant playoff push this year.

The Top-10 International Players in the NBA
Trouble in LA: Lebron James on the Verge of Missing the Playoffs
✕