Woodland has 6 top-10s (most on Tour this season) in 9 events, and is coming off a T17 finish in Mexico last week. Though he had a bad weekend here last year, I still think his game is too good not to bet on him in a weak field. He is 5th in SG: off the tee, 7th in SG: tee to green, and is 3rd in the FedEx Cup standings.

The PGA Tour’s version of The Hulk (literally- have you seen his bench routine?), expect Koepka to return to peak form this week with less pressure and more time on American courses. Despite driving the ball well (he ranks 12th in distance this season), his SG numbers are all outside the top-50, suggesting he has been grinding through rounds. Still, he is the 4th best player in the world according to the OWGR and is putting well enough to stay in tournaments. It will be interesting to see if he can contend at earlier tournaments in 2019, instead of coming alive in the Summer as he has done in the past 2 years.

“There’s a lot of things I’ve got opinions on, I’m going to say it now. I’m not going to hold anything back."

Brooks Koepka is going to keep speaking out, and it was NBA players that inspired him to do so. https://t.co/2d7uNmR0c6 pic.twitter.com/szlvPQ1cRs 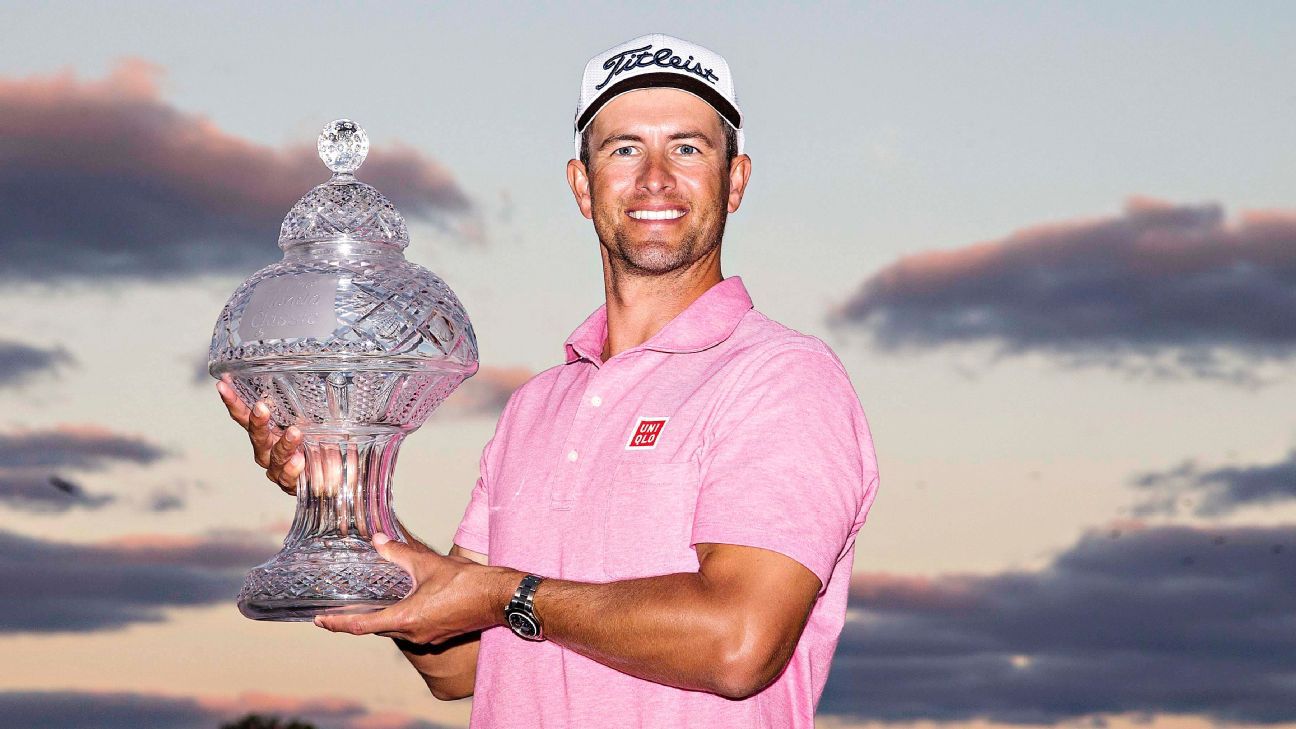 Scott won this event back in 2016, and his strong T7 finish at the Genesis Open 2 weeks ago indicates that he might be poised for a repeat trip to the winner’s circle. Scott’s metrics though have been difficult to comprehend- he ranks outside the top-130 in driving accuracy, GIR %, and SG: around the green (despite being considered a solid ball striker). His saving grace has been his 18th ranked SG: putting and ability to scramble (though his chipping has been poor quality thus far). Still, this course suits him well and he is playing much better over the last few tournaments.

Adam Scott is having his best putting season since 2004 (18th) … and it appears that he's changed both his putter and his grip? pic.twitter.com/Ii6bvKoYq5

Continuing the trend of former winners, Fowler took home the trophy at this event in 2017, though he did miss the cut at PGA National last season. The Jupiter, FL resident will tee it up close to home this week still riding the momentum from a win in Phoenix just a few weeks ago. Last week he finished in the middle of the pack in Mexico, but some familiarity with this course might propel him to the top of the leaderboard.His driving distance is up this year to 23rd on tour and ranks 36th in SG: off the tee. And of course he has been dominant with the flat stick once again, ranking 10th in SG: putting gaining .92 strokes on the field.

Real friends comeback to celebrate with you even though they missed the cut. @JustinThomas34 and @RickieFowler have spent the last two Sunday's at @TheHondaClassic enjoying each other's success. #TOURVault pic.twitter.com/RTZC38XhNE

The defending champ comes in at a 5/1 favorite this week after a solo 9th finish last week in Mexico. After disappointing round of 73/74 on Friday and Saturday, Thomas came out firing on Sunday shooting a sizzling 62. In his last 5 starts he has only finished OUTSIDE the top-10 once and has 3 top-3s. The #3 player in the world has started off 2019 hot and does not look like he will be slowing down anytime soon- he ranks 1st in SG: approaching the green and SG: tee to green, and overall is 3rd in SG: total.

Talked about this on the Podcast this week- as the PGA Tour makes its Florida swing, we are going to begin to see some of the journeymen and lesser-known pros continue to make up the fields for these smaller tournaments. Thus, it can really help DFS players to know of value picks that they can make to supplement their higher/safer picks (thing guys over $8,500). Here are some guys I like this week who you can get on the cheaper side.